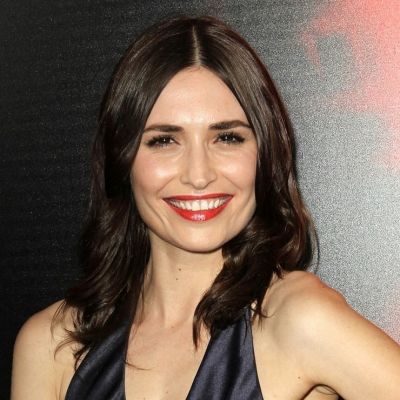 Do you know Who is Karolina Wydra?

Karolina Wydra is a 38-year-old Polish-American model and actress best known for her performances in the vampire series ‘True Blood,’ the film “Europa Report,” the drama series “House,” and the comedy series “Sneaky Pete,” among many others.

Karolina was born on March 15, 1981, in Opole, Poland. She explained how awful her formative years in communist Poland were in an exclusive interview on the EJ Scott Podcast “Scratch the Surface” on August 16, 2014. Her mother taught mathematics and her father taught painting at the school she attended, both of which she despised.

Her brother works as an accountant in London. Karolina claims she was a loner as a child, living in her imagination and thinking of herself as a geek. Because her surname, Wydra, means “otter” in Polish, the kids mocked her or called her “Dumbo” because of her enormous ears.

Karolina was ten years old when her family won a Green Card lottery and came to the United States, which she describes as a culture shock. Her parents moved the family to Orange County, California, where they cleaned houses to make ends meet before starting their own successful cleaning business.

They split after 35 years of marriage, and her mother was severely injured in an accident caused by a drunk driver, making it difficult for her to work, so she returned to Poland.

Karolina, although a Pisces, had a fear of water, which she overcame with courage by enrolling in free diving training, and she achieved two minutes underwater to a depth of roughly eight feet.

Graham Hill, Karolina’s ex-boyfriend whom she met in Venice in 2012, is an environmental entrepreneur who runs a company called Tree Hugger. Graham is also interested in the promotion of small-space modular living -.

Karolina rarely discusses her personal life, and while she stated that it was tough to have a long-distance relationship because Graham lived in New York, it is unknown how long they were together or when they broke up, but it appears that she is currently single.

Karolina won the Elite Lee Jeans Model Look Contest in October 1997, which launched her modeling career and featured her in advertisements for major brands such as Armani Exchange, Calvin Klein, and Levi’s Red, and she has graced the covers of German Elle magazine and Oystermagazine.

In 2006, Karolina appeared alongside George Clooney in the well-known “Nespresso…What Else?” commercial. She later appeared in the comedy-drama film “Be Kind Rewind” and the sports drama film “Sugar” in 2008, as well as an episode of “Law & Order: Criminal Intent.”

Karolina has taken acting classes over the years, but despite her love of theatre, she has never acted in a live theatre production.

Karolina co-starred in the romantic comedy film “Crazy, Stupid Love” in 2011, and she played Dominika Petrov, an immigrant who marries to obtain a green card, in the seventh and eighth seasons of the medical drama series “House” till 2012.

Following that, she appeared in “After,” a thriller fantasy, and then as Dominika Petrova in the sci-fi thriller “Europa Report.” Later the same month, in March 2013, she starred in “Bad Girls.”

Karolina admits being broke and tired of auditioning and rejections until she earned the role of vampire Violet Mazurski, who becomes Jason Stackhouse’s girlfriend in the sixth and seventh episodes of the hit series “True Blood.”

Karolina is a passionate actor who enjoys portraying powerful women, as evidenced by her resume. ‘There are so many things that I would like to play,’ she said in an interview with Mark Walters at the 2013 San Diego Comic-Con. I adore complicated characters with inner battle, passion, and drive, and my character in “True Blood” is a really strong, strong lady who gets what she wants. And I adore that about her, and with Katya, it’s the fire that drives her forth for discovery and the fearlessness that she has that I don’t have but wish I did, so playing that is such a pleasure for me.

There are other considerations,… Because I am Polish, World War II has had a tremendous impact on me, and I would love to play a role during that period and have that experience. I need to fall in love with the people I play with. And it needs to be a test for me.

‘What if I trip?’ What if you fly, my darling?’ and a photograph of her favorite pets, Frankie and Toots. Her Facebook account was inactive during her stint on “True Blood” in 2013/4.

According to credible sources, Karolina’s net worth is close to $500,000 as of late 2019 – of course, her annual income varies depending on the projects in which she is participating. Not bad for someone who was known as ‘Otter’ and ‘Dumbo’ when she was younger and preferred to be alone. She has emerged as a confident, brave, and empathetic performer, and she appears to have a bright future ahead of her.

Karolina is active on social media, where she has over 17,000 followers, and where the header now features an Action Network petition. She also has a private Instagram account that is inaccessible to the general world.