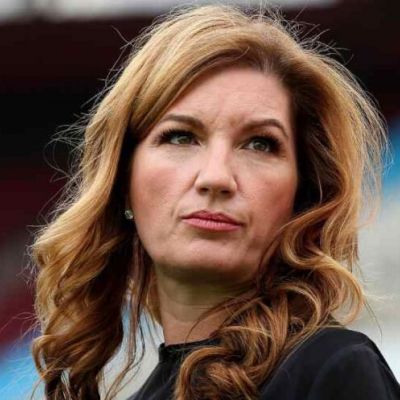 Do you know Who is Karren Brady?

Karren Brady is a business and sporting executive, politician, television personality, newspaper columnist, author, and novelist from the United Kingdom. Karren Brady is West Ham United’s vice-chairman and the former managing director of Birmingham City FC. Similarly, under Prime Minister David Cameron, she served as the UK Government’s Small Business Ambassador. She also appeared as Alan Sugar’s assistant in the BBC One show “The Apprentice.”

Karren Brady has been named Cosmopolitan’s Business Woman of the Year. In 2007, she was named Revitalise Businesswoman of the Year. Karren has also received the NatWest Spirit of Everywoman Award for her contributions to the advancement of women in business.

She, too, received numerous awards and honors. On March 8, 2014, International Women’s Day, Brady was ranked 10th in The Guardian’s list of the 50 most influential women in British sport.

In February 2013, Woman’s Hour on BBC Radio 4 named her one of the 100 most powerful women in the UK. In addition, she received a CBE in the 2014 New Year Honours list for her contributions to entrepreneurship and women in business. Similarly, she was named one of Debrett’s top 500 most influential and inspirational people in the United Kingdom in January 2014.

Karren was also the Ultimate Businesswoman. She is also one of the top 50 most inspirational people in the world. Karren Brady has an estimated net worth of £85 million. She became and remains a millionaire at a young age.

Karren Brady was born in Edmonton, London, England on April 4, 1969. Karren currently resides in London’s Knightsbridge neighborhood. She was born under the sign of Aries and is 52 years old. She is a British citizen.

Her Irish father, Terry Brady, made his fortune in printing and real estate development. Her older brother is Darren.

Karren attended Southgate’s Salcombe Preparatory School until she was 11 years old. She later went to Poles Convent in Ware, Hertfordshire. And, once more, at Aldenham School in Elstree, a boys’ school that admitted girls in the sixth form. She also completed four A-levels there. She, on the other hand, did not attend university.

She joined the advertising agency Saatchi & Saatchi at the age of 18 after being rejected from a journalism course.

Karren Brady’s husband plays football in Canada. On June 10, 1995, Karren and Paul Peschisolido married. He played for Birmingham City for two seasons. In addition, the couple welcomed their first child, Sophia, in 1996. Their second child, Paolo, is a boy.

Is Karren Brady in good health?

As part of a medical screening in 2006, she underwent a full-body MRI scan, which revealed a potentially fatal cerebral aneurysm. Doctors told her she had a 30% chance of dying from the condition at the time. Her survival of the births of her two children was a miracle. In February 2006, she underwent emergency neurosurgery to prevent the aneurysm from rupturing. She recovered completely and returned to work about a month later.

Karren is 5 feet 9 inches tall and 97 kilograms. Her other body measurements are 35-25-37 inches for her chest, waist, and hips. She has light brown eyes and light brown hair.

Karren Brady began her career as a trainee at the advertising agency “Saatchi & Saatchi” after being turned down for a journalism course at Harlow College. When she joined the London Broadcasting Company as an advertising account executive a year later, she targeted one of her father’s largest clients, publisher David Sullivan.
David is the owner of the Daily Sport and the Sunday Sport newspapers. She eventually managed to impress Sullivan, who hired her.
Karren was also offered a job with Sport Newspapers and became one of his directors at the age of 20. Later, in March 1993, at the age of 23, she began working as the managing director of Birmingham City F.C. Sullivan stated that he agreed to let her run the club primarily because a young, female director would undoubtedly bring attention to the club, as well as Brady being a sacker. She was, however, subjected to sexism in the role.