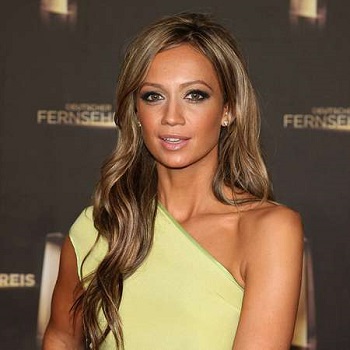 Kate Giles, also known as Kate Abdo, is an English journalist and presenter. In the United Kingdom, she worked for Sky Sports News HQ. She also worked in Germany for Sky Sports News HD. Abdo currently hosts several programs on Fox Sport, including coverage of the Champions League and Europa League. In 2017, she joined Fox News. Abdo is married to Ramtin Abdo, a German businessman, with whom she has no children.

What are Her Parents’ Names?

Kate Abdo was born Kate Giles on September 8, 1981, in Manchester, England, under the Virgo zodiac sign. After her marriage to Ramtin Abdo, she changed her last name to Abdo.

Abdo spent her early years in her native country. She was born in the United Kingdom and is of Caucasian ethnicity. The journalist makes no mention of her parents or siblings when discussing her family history.

The Withington Girl’s School was where Abdo finished her education. Abdo went on to the University of Salford, where he earned a first-class BA in European Languages. Her professional career began in Germany.

Kate Abdo’s Career as a Journalist

Abdo began her career in London, anchoring the World Sports program. She also made an appearance on the German television channel DW-TV in a sports segment. Her career was boosted after she joined CNN, and she was more focused on her anchoring career.

Abdo has interviewed many sports legends, including Jackie Stewart, Clarence Seedorf, David Ginola, and Lawrence Dallaglio, since joining CNN in July 2009. She also conducted interviews with a number of well-known players, including Lionel Messi and Cristiano Ronaldo.

She also left CNN in August 2011 to join Sky Deutschland. She was a lead anchor for the Sky Sports News HD TV channel, which began broadcasting in 2011.

In July 2013, Abdo hosted Sports News in the United Kingdom. She’s also hosted a number of major sporting events, including the Coppa Italia on Sky Sports. She hosted the FIFA Ballon d’Or 2014 ceremony in January 2015, speaking with guests and contestants in four languages.

In January 2017, Abdo joined Fox Sports in the United States. In August 2018, she was named the host of Turner Sports’ UEFA Champions League coverage after the network took over the rights from Fox as the tournament’s US broadcaster.

Kate Abdo’s Salary And Net Worth

Kate Abdo, a well-known English journalist, and Fox News sports presenter makes a good living from her journalism career. According to sources, a journalist at Fox News earns an average of $79,094 per year, so we can assume Abdo earns in the same ballpark.

Abdo is well compensated for her work as a journalist in the United Kingdom, where she is paid around £25,000. Throughout her life, she has maintained an incredible net worth. According to some reliable online sources, her net worth in 2019 is estimated to be $1.5 million.

The majority of the aforementioned net worth of the American sports broadcaster comes from her media career.

Kate Abdo is married, but she doesn’t have any children. In 2010, she married German businessman Ramtin Abdo in a private ceremony attended by family and friends. Before getting married, the couple dated for a few months.

The couple has been married for nearly a decade, but they have yet to have a child. His married life appears to be a source of greater secrecy for the couple. Being a sports anchor is a challenging job. Kate Abdo is passionate about sports. She is a soccer fanatic. Her father and brother are Manchester United FC supporters, while her mother is a Liverpool FC supporter.

Kate has a straight sexual orientation. Kate Abdo has lived in several countries, including Spain, Germany, and France. She learned the languages while working in those countries, and she is now proficient in writing and speaking Spanish, German, and French fluently.

Abdo now lives with her husband and children. Abdo is also an animal lover who has a pet with whom she has shared several photos on social media.

In addition to her native English, the media personality can trace her roots back to Spanish, French, and German ancestors. She lived in Spain, France, and Germany for a long time.

Abdo is a well-known figure with a lovely face and killer body curves. She was once voted one of the sexiest sports anchors in the country. Her hair is light blonde. Her eyes are a dark brown color. She has kept both her body and her work in tip-top shape.