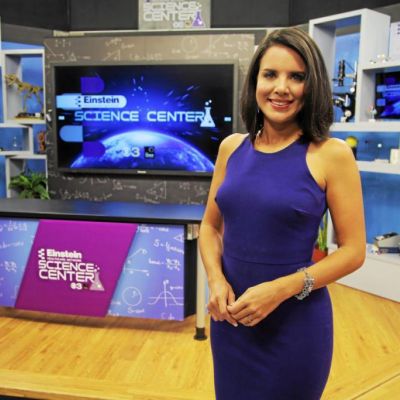 Meteorologists and weather reporters aren’t as well-known as on-the-scene news reporters and investigative journalists, but a few have distinguished themselves through their dedication and hard work. Kate Bilo is one of them; she is a weather reporter who currently works for CBS3 as the station’s chief meteorologist. She can be seen on the show “Eye Witness News.”

Kate’s career began in 2005, when she joined AccuWeather as a forecast presenter on TV and radio, working with Fox News, CBN, and ABC News Now. She stayed at AccuWeather for the next five years, making a name for herself and gradually becoming more popular, which resulted in new offers, one of which was from CBS3 Eyewitness News.

Kate accepted the offer and officially joined the station in October 2010. She would focus on weather news, and her role at the network grew over time, including guest hosting CBS’ daytime Emmy Award-nominated show “The Talk.” She continued her meteorological ascent, and in 2013, she was named the station’s weekday morning/noon meteorologist. This only encouraged her to work harder, and she eventually rose to the position of chief meteorologist at the station. She has since gone on to become one of the most acclaimed broadcast meteorologists and a star in her field.

Kate has become extremely successful since beginning her career, which has undoubtedly increased her wealth. Have you ever wondered how wealthy Kate Bilo is in early 2019? According to reliable sources, Bilo’s net worth could be as high as $1 million, which is quite impressive, don’t you think? Her fortune will undoubtedly grow in the coming years, assuming she successfully continues her career.

What do you know about this well-known meteorologist and weather reporter’s personal life? Kate is quite open about sharing details from her personal life, so it wasn’t difficult for us to find some interesting information about her. If you’re wondering, Kate is already married to Scott Ebby, a senior software engineer. The couple met in 2005 and have been together ever since, marrying in 2007, and becoming the proud parents of two sons and a daughter since then.

Kate was hospitalized in 2017 after experiencing pain in her lungs while breathing; it was discovered that she had blood clots in her lungs, but all were dispersed without a major problem.

Kate describes herself as a bookworm, to read 100 books per year; she has participated in the Free Library of Philadelphia summer reading program, serving as the manifesto’s Champion of Reading.