Keith Powers faced backlash from the public over his relationship with Ryan Destiny.

When Keith Powers made his relationship public, he didn’t have it easy. 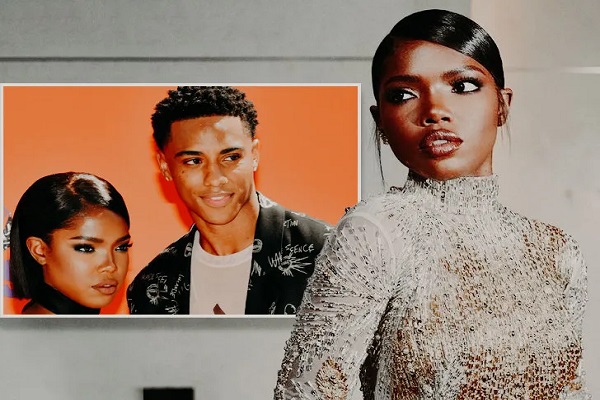 Since Keith Powers and his girlfriend Ryan Destiny made their relationship public, fans have been raving over the young couple.

When it comes to their personal lives, the pair keeps a low profile, but every now and then, they will give followers a glimpse into their lives through social media or interviews with media sources like The Jed Foundation.

Powers discussed his experience with coming public with his relationship in an interview with the site.

It was a terrible time for the actor, according to him, because people had ideas and comments about his relationship, which made him miserable.

“I was going through a deep depression because I was in a relationship publicly, and people’s opinions on it would hurt me. I remember when I went on Instagram, looking at notifications would cause anxiety.”

The encounter changed his perspective, and the pair has since managed their relationship in a different way.

In 2015, the couple met at a Teen Vogue party. When Powers first saw his future girlfriend, he was smitten. The two kept their relationship platonic at first, but in classic millennial fashion, they hit it off on Instagram, and the rest, as they say, is history.

Kyan is their celebrity couple name, and millions of people around the world are watching their love story unfold.

In an interview with We the Urban in 2019, the actors discussed their love lives and how they dealt with public criticism.

Keith claims that being in a public relationship is difficult, and that the more private one is, the happier one would be.

He believes that keeping a relationship hidden from prying eyes helps one to manage their own story.

“Control your own narrative, don’t give people too much because they make up stuff from the outside looking in. It’s also essential to communicate and let each other know how you feel.”

While Powers and his partner appear to be the ideal of “couple goals,” he stressed that no relationship is flawless and that he makes an effort to make it work. After all, nothing worthwhile comes easily.

Although Powers and Destiny haven’t posted any images together on social media since December 2020, the couple appears to be still going strong.

It appears that the couple prefers to keep things private.

A Lover Who Isn’t Just a Lover

As an actor, Powers also puts in a lot of effort. In the musical biopic Straight Outta Compton, the actor played Tyree Crayton, Dr. Dre’s younger brother, who recorded the emergence and demise of the hip hop group N.W.A.

He also starred in The New Edition Story, a hugely popular BET mini-series. New Edition, an 80s hip-hop/R&B boy band, is the subject of the three-part series. With 29 million viewers during the first week, it set a new record for the network.

Aside from acting, Powers is a model with Wilhelmina, a famous modeling agency.

We’re excited to watch where he goes next in his career.

Related Posts of Keith Powers faced backlash from the public over his relationship with Ryan Destiny.