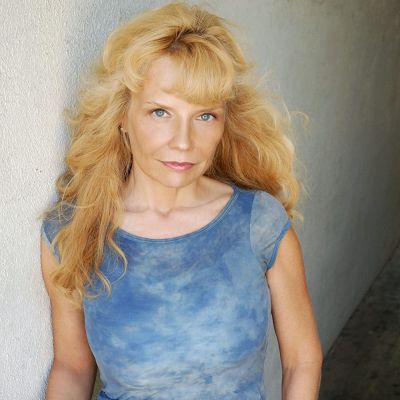 Do you know Who is Kelli Maroney?

Kelli Maroney was born on December 30, 1960, in the United States, making her 58 years old. Her zodiac sign is Capricorn.

Kelli is an American actress who has appeared in films such as “Fast Times at Ridgemont High,” “Night of the Comet,” and “Ryan’s Hope.” She has made a reputation for herself in the entertainment industry, but her admirers have always been interested in her personal information, such as her relationship status, background, and salary, which we will explore in the article.

Unfortunately, the actress has not spoken about her formative years or provided any information about her education.

Despite being a popular figure, Kelli is not keen on revealing too much to the media; however, we do know that she married Daniel Ulin in 2016, but their relationship and family life remain private. According to reports, Kelli does not have any children.

So, how wealthy is Kelli Maroney as of late 2019? According to reliable sources, this actress has a net worth of more than $400,000, which she has amassed during her four-decade career as an actress. She hasn’t mentioned her assets, such as cars and mansions.

Kelli made her acting debut in 1979 when she joined the cast of “Ryan’s Hope,” in which she appeared in 319 episodes.

Following that, she appeared in TV and film ventures such as “Fast Times at Ridgemont High” and “Slayground,” portraying Jolene in the latter, a crime thriller film about thieves running over a child while being pursued and taunted by a murderous hitman paid to find them down.

Maroney had a full plate in 1986, working on “Simon & Simon,” “Chopping Mall,” and “The Zero Boys.” Despite the poor reaction from critics, “Chopping Mall” received media attention and was recently highlighted in The Kill Count, a YouTube series hosted by James Janisse. During her 1990s career, she participated in “Servants of Twilight,” “Midnight Witness,” and “Scream Queen Hot Tub Party,” a comedy video featuring Hollywood’s most famous “scream queens,” the young actresses famed for their performances in the horror genre.

The most recent work by Kelli includes “Hell’s Kitty” and “Blowing Up Right Now.” Furthermore, her film “Exorcism at 60,000 Feet” is yet to be released. Kelli has had 35 parts in the acting profession, and her devotion and hard work have allowed her to become one of the most well-known horror actresses of her generation.

Kelli is Caucasian, and her beautiful blonde hair is one of her distinguishing features. She has blue eyes that complement her skin and always appears well-dressed on occasions she attends.

Kelli is active on sites like Twitter and Instagram, which she utilizes to promote her work and engage with her fans in this modern period where social media is a significant part of people’s life. Her most recent tweets on Twitter feature the words “Happy Full Moon 22 Aquarius!”

She appears to be interested in astrology, and she frequently writes about it since she is passionate about it. Aside from that, she recently revealed images of herself from the Hollywood Horrorfest, where she wore a lovely red gown that showed off her figure.

Maroney gives her admirers a glimpse into her private life by posting images from it on Instagram. She recently shared a snapshot of herself from the film “Zero Boys,” in which she played Jamie.