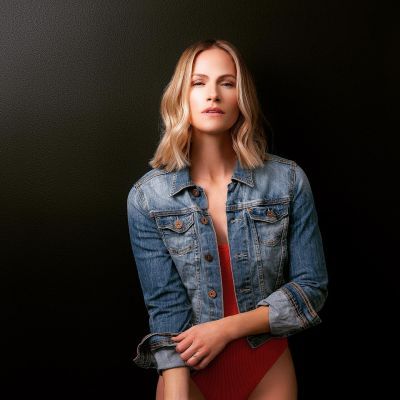 Do you know Who is Kelly Overton?

Kelly Overton was born on August 28, 1978, in Wilbraham, Massachusetts, USA. She is an actress best known for her role as Vanessa Van Helsing in the drama series “Van Helsing.” Throughout her career, she has also appeared in other television shows, including “All My Children,” in which she played Rain Wilkins.

Kelly was raised in Wilbraham, but little is known about her family or childhood. She aspired to be an actress from a young age, and it became her goal to make it big in the industry. She attended the American Academy of Dramatic Arts in New York City after graduating from high school.

It is a private performing arts conservatory that provides degrees in television, theater, and film. Students also have the opportunity to join the conservatory’s theatre company. Typically, students complete credits in school and then pursue a bachelor’s degree at another institution. This was not the case for her, as she completed her degree with the Academy, earning the Charles Jehlinger Award, the Academy’s highest honor. She began working as an actress, primarily in the theatre, after graduating. She primarily performed off-Broadway Shakespeare plays.

Overton’s reputation grew through theatrical productions, and she eventually landed more on-screen roles. She landed her first national television role in 2000, as Rainn Wilkins in the soap opera “All My Children,” which she played for several months. The show is set in a fictional Philadelphia suburb and, as the name suggests, focuses on human bonds. The show is known for gaining a lot of popularity from the 1970s to the 1990s, but it was eventually canceled after 41 years due to low ratings.

In 2002, she decided to return to the stage as an understudy in the original stage production of “The Graduate.” The play is based on the film of the same name, and she later took over the role of Elaine Robinson from Alicia Silverstone. In the meantime, she stayed in New York for stage productions while traveling to Los Angeles for on-screen roles. After five years, she decided to relocate to Los Angeles to concentrate on her film and television careers. In 2009, Kelly was cast in the film adaptation of the fighting game series “Tekken.” The film follows Jin Kazama, played by Jon Foo, as he attempts to enter the Iron Fist Tournament to avenge his mother’s death by going through the tournament and eventually facing his father and grandfather, whom he believes is responsible for her death.

The film received negative reviews, with the video game series’ director calling it terrible and expressing disappointment that the video game team did not have a more direct role in the film’s creation.

She gained a lot of attention in 2012 when she was cast as Rikkin Naylor in the television show “True Blood,” where she appeared in 14 episodes. One of her most recent roles is as the lead in the television series “Van Helsing.” It has been running since 2016 and is based on Zenescope Entertainment’s graphic novel series of the same name. It has so far lasted four seasons.

Kelly Overton’s net worth is unknown. According to sources, she has a net worth of over $4 million as of mid-2019, earned through a successful career as an actress.

In terms of her personal life, Overton married actor Judson Pearce Morgan in 2004. He is also an actor and producer, best known for his work on the award-winning film “The Collective.” They have three children together, and she was pregnant during the filming of “Van Helsing” season two. The couple had a rocky period in their relationship. However, the two reconciled and are still together.