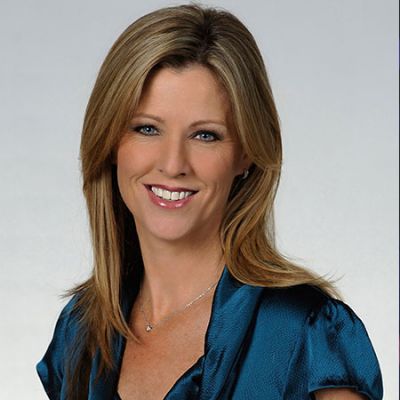 Do you know Who is Kelly Tilghman?

Kelly Tilghman is a broadcaster who was born on August 6, 1969, in North Myrtle Beach, South Carolina, USA. She is best known for being the PGA Tour’s first female lead golf announcer. She also works for The Golf Channel as a broadcaster.

Kelly grew up in a golf-obsessed family, as her parents owned and operated a golf course for 22 years. She was raised in the sporting industry and began playing golf at a young age. After graduating from high school, she earned a scholarship and enrolled at Duke University, where she played on the women’s golf team. In 1990, she won the Furman University-hosted “Lady Paladin Invitational.” Kelly graduated with a degree in Political Science and History and then decided to try her hand at professional golf, playing in countries such as Australia, Europe, and Asia. She also taught people how to play golf, but after four years, from 1992 to 1996, she retired from the sport to pursue a broadcasting career. She was a founding member of The Golf Channel and has been with the network since its inception.

Tilghman was one of the network’s first broadcasters, co-anchoring the program “Golf Central” and hosting the telecasts of “Sprint Post Game” and “Live From…” in addition to hosting several other unique shows, such as “The Grey Goose 19th Hole” and “Academy Live.” As a member of the network’s live tournament team, she frequently made appearances on the course to report on current golf events.

She signed a 15-year contract with the PGA Tour in 2007 as a result of her fame, expertise, and broadcasting experience. As part of the agreement, The Golf Channel will air all tour events during the weekdays and the first three tournaments of the year. Additionally, they will completely cover the Fall Series and opposite-field events. After that, Kelly and lead analyst Nick Faldo began working together as the lead broadcast duo for PGA Tour telecasts.

Alongside Nick Faldo, Kelly joked about murdering Tiger Woods in a back alley on a 2008 PGA Tour telecast after Nick commented younger players grouping up against Woods. There was no malicious intent behind the comment, and even Tiger Woods’ agent stated that he didn’t believe there was. Despite this, multiple news outlets covered the program, which prompted human rights leader Al Sharpton to strongly advocate for Kelly’s immediate dismissal. A few days later, she apologized for her comments on a broadcast.

According to accounts, as of late 2018, she had a net worth of over $5 million, which she acquired from a prosperous career as a golf broadcaster. She had previously played collegiate golf and covers multiple events throughout each golf season. It is anticipated that she would continue to amass a fortune as her career progresses.

Tyler had a relationship with singer, musician, record producer, and actor Phil Collins beginning in 2009, just after his divorce from his third wife Orianne Cevey. They had been together for eight years when Collins announced that he was leaving her to return to his ex-wife, and the shock of their break-up caused Tyler to take a three-month leave from WCBS to recover. She later stated that their relationship did not end well and that she wished he had done things differently. Phil relocated to be closer to his family and later announced his reconciliation with his ex-wife. There have been no further reports of Dana having romantic relationships, but time has passed.