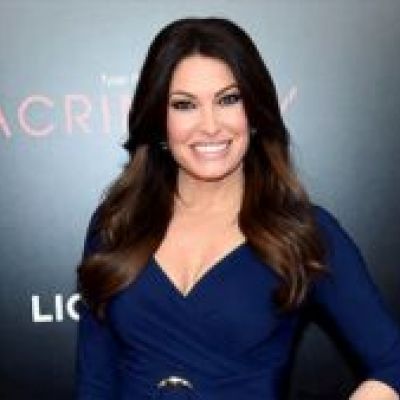 Do you know Who is Kimberly Guilfoyle?

Kimberly was born on March 9, 1969, in San Francisco, California, USA. She is a television news journalist and attorney best known for her extensive work for Fox News, particularly as co-host of the show “The Five.”

Kimberly Guilfoyle, the daughter of Tony Guilfoyle and his wife Mercedes, is of Puerto Rican and Irish ancestry on her mother’s side. She grew up in the Mission District and Westlake, where she attended Mercy High School. Kimberly lost her mother to leukemia when she was in her adolescence, and she spoke of her with love and respect in one of her later interviews. She attended Mercy High School before enrolling at the University of California, Davis, where she graduated magna cum laude, and the University of San Francisco School of Law, where she earned her Juris Doctor degree in 1994. Kimberly got her first taste of attorney work while in law school when she interned at the San Francisco district attorney’s office. To supplement her studies, Kimberly worked as a model, primarily for Macy’s, but also for some bridal magazines.
After earning her J.D. Kimberly earned her bachelor’s degree while studying at Trinity College in Dublin, Ireland, where she published a research paper on international rights and European Economic Community law.

Kimberly found work as a prosecutor in San Francisco in 1995, but with the arrival of Terence Hallinan as District Attorney, she was one of fourteen prosecutors fired. That didn’t stop Kimberly from becoming a Deputy District Attorney in Los Angeles; she was immediately thrown into the fire with kidnappers, robbers, arsonists, and sex offenders, but she paved her way and became one of the best attorneys, earning the Prosecutor of the Month award.

Kimberly published her first book, “Making the Case: How to Be Your Own Best Advocate,” in 2015. It is a semi-autobiography in which she discusses her childhood, early career, and a few reasons why you should pursue a career as an advocate.

Have you ever considered how wealthy Kimberly Guilfoyle is? According to reliable sources, her net worth exceeds $5 million, which she has amassed through her successful dual careers. Her net worth is reflected in a luxurious house in New York City and other valuable possessions.

She is rumored to be dating Anthony Scaramucci, though the couple has denied any romance between them.

Regardless, Kimberly is a mother, and her ex-husband Eric Villency, the CEO of Villency Design Group, is the child’s father. From 2006 to 2009, the couple was married.

Kimberly was previously married to Gavin Newsom from 2001 to 2006; during their marriage, Gavin was elected mayor of San Francisco, making Kimberly the city’s First Lady.

Kimberly claims to be a Roman Catholic, despite having been divorced twice.

Kimberly, like many other journalists, has used Twitter to promote her work and herself to her more than 1.3 million followers. She recently thanked President Donald Trump for purchasing her book.