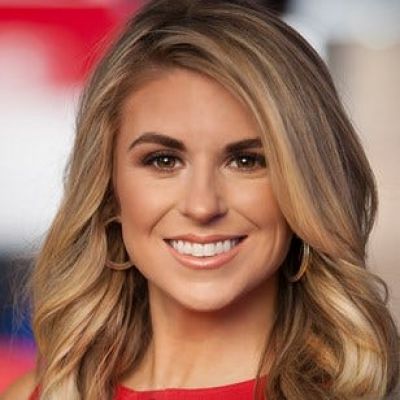 Larra Overton: Who is she?

Larra, an American citizen with the astrological sign of Aquarius, was born in New Albany, Indiana, on February 14, 1983. She is well-known for her work as a traffic reporter for FOX59 Morning News.

Larra was born and raised in the same city as her parents, Dave and Karen Overton. She became interested in journalism at a young age and knew what she wanted to do with her life by the time she graduated from New Albany High School. She studied at Indiana University, where she earned a Bachelor of Arts in journalism and a Master of Arts in sports communication.

After receiving her degree, she stayed at the university to work as an adjunct professor in the School of Journalism rather than leaving to pursue her aspirations. Larra was a member of the Hoosier track and field team during her stay there and had a strong interest in sports. She went on to compete in four NCAA Championships and was awarded Academic All-American, All-Region, and All-Big Ten honors. She has 800m indoor and 1500m outdoor times that rank in the top ten in IU Track & Program history.

Her mother and father, who were coaches when she was growing up and kept encouraging her when she wanted to give up, have been the people who have helped Larra the most throughout her career. Other individuals who have encouraged her to strive include Tom Chapala, her high school coach, and her college coach Judy Wilson.

Given that Larra started as a Fitness Specialist at Baptist East Milestone Wellness Center and held the position for a full year, it would appear that she is a very adaptable individual.

Larra began working for Fox 41 WDRB as their Associate Producer in 2007, and she stayed on the team for more than two years until leaving in September 2009 to start a new position at WTWO in Terre Haute as their Sports Reporter and weekend sports anchor. Larra worked with Turner Sports as a host and interviewer for their events in 2011 at the Men’s NCAA Final Four.

She also served as a host and interviewer for the Indiana Pacers basketball team and interviewed guests on the red carpet for the 137th Kentucky Derby. She worked with them for a year before becoming a freelance traffic reporter for Fox 59 in 2012. From there, she went to the Fox 59 Morning Show in 2014, before settling as a Sideline Reporter and Track Analyst for Fox Sports in 2016.

Although Larra keeps her romantic life a secret, many have seen her dining out and exploring the city with her partner. After some time, Larra decided to post a photo of the two of them on Instagram, and she now does so frequently.

Larra works two jobs, manages three social media accounts, and keeps up with her LinkedIn profile, so she doesn’t have much time for outdoor sports. She only continues to run regularly because it has always been her love.

What prompted her to advance

Her motivation came from all the “no’s” she received rather than “yes’s” when she sought for jobs. She applied for many positions but was continually denied, and she kept thinking about those missed possibilities, which only encouraged her to try harder and push herself further. According to Larra, enthusiasm and commitment are the two attributes that are most needed if you want to work in media and broadcasting. You must exhibit enthusiasm when telling stories to connect with your audience and demonstrate your commitment to your work.

Larra’s present net worth is thought to be slightly over $1 million, according to reliable sources, and is undoubtedly going to increase given how active she is right now.

The most useful guidance she has ever received

Larra has received a few honors throughout her career, but the Emmy Award is the most significant one.

Matt Overton, a well-known long snapper in American football, is not connected to Larra.

Given her busy schedule, it is amazing that Larra has the time to post on so many social media sites. Since starting her Twitter account in April 2009, she has amassed close to 16,000 followers and sent out more than 22,400 tweets. Her Instagram account has approximately 10,000 followers, and she has uploaded more than 800 photos, most of which are of her and her partner or are related to her job. Additionally, she has a Facebook page with more than 12,000 fans.