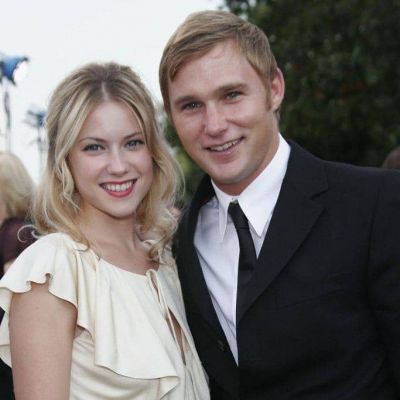 Laura’s net worth is estimated to be $2 million.

Do you know Who is Laura Ramsey?

Laura Ramsey is an accomplished actress who was born on November 14, 1982, in Brandon, Wisconsin, USA. She is probably best known to the world as Sarah Wenham in the fantasy horror film “The Covenant,” and as Olivia Lennox in the romantic comedy film “She’s the Man” (2006), among many other roles she has secured since the start of her career in the early 2000s.

Laura Ramsey, the daughter of Jill and Mark Ramsey, grew up in her hometown and attended Laconia High School in Rosendale, Wisconsin. Laura enrolled at Ripon College in 2001, but quickly realized that her desire to become an actress outweighed her desire to study. As a result, Laura moved to Los Angeles when she was 19 years old.

Laura found work as a waitress in a restaurant on Sunset Boulevard after arriving in Los Angeles, and during one of her shifts, she was noticed by a talent agent, who set up an audition for her the following day. She made her film debut in the documentary “The Real Cancun,” which follows students from various universities as they enjoy themselves in Mexico’s resorts. Laura was cast as Natalie Day in the TV drama series “The Days” the following year, and in 2005 she had a minor role in the sports drama film “Lords of Dogtown,” starring Heath Ledger, Emil Hirsch, and Victor Rasuk.
Laura was opening doors with each new role, which eventually led to lead roles in “The Covenant” and “She’s the Man,” both released in 2006, which propelled her to stardom, and she then continued quite successfully, starring in the drama film “Whatever Lola Wants” in 2007, and in the award-nominated horror film “The Ruins” in 2008, for which she earned a Fright Meter Award nomination for Best Supporting Actress. The same year, she won many hearts by playing Joy in the TV drama series “Mad Men”; despite appearing in only one episode, Laura is remembered fondly for her role.

She played Ellie O’Hara in the biopic “Kill the Irishman,” starring Ray Stevenson, Christopher Walken, and Vincent D’Onorfio. The young star had a successful year, appearing in the crime-drama film “Where the Road Meets the Sun”.

She gradually gained recognition in Hollywood. In 2013 she appeared in the comedy-drama film “Are You Here,”. Then, in 2015, she was cast as Rebecca Brady, the lead star of the VH1 TV comedy-drama series “Hindsight,”. Laura has since withdrawn from the public eye, as she has not been seen in any new projects.

Laura’s net worth is estimated to be $2 million.

Laura has been rather private about her personal life outside of work. Though the media discovered that she was in a relationship with actor Brian Geraghty from 2009 to 2010. She appears to have been single since then.

Laura launched Twitter and Facebook pages. To commemorate her celebrity status, and she now has around 12,000 followers on both platforms. She has shared her latest ventures with her most devoted fans, but she has been missing since 2015.