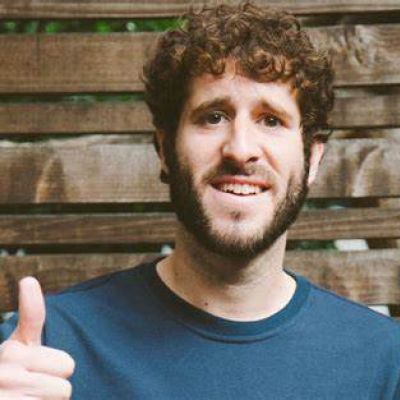 Do you know Who is Lil Dicky?

David Andrew Burd was born on 15 March 1988 in Cheltenham Township, Pennsylvania, USA, under the zodiac sign of Pisces and with American nationality – better known by his stage name Lil Dicky (LD), he is a prominent rapper and comedian.

Lil Dicky spent his childhood in Cheltenham Township with his parents, but he rarely speaks about them, thus nothing is known about them. He became in love with music while in elementary school, even rapping during his fifth-grade history presentation about Alexander Pushkin.

While attending Cheltenham High School, Lil Dicky revealed that he was solely interested in grades; he wasn’t brilliant and was the class clown; he also wasn’t getting any girlfriends. However, after matriculation, he enrolled at the University of Richmond and graduated with honors in 2010.

Lil Dicky admits to being in love with love and preferring to be in a relationship over being single. Rumor has it that he has dated several women in the past and that he shot a commercial for Trojan Bareskin condoms with one of his ex-girlfriends. It is unknown whether Lil Dicky is currently dating anyone, but he looks to be unmarried – he has never married and has no children.

Lil Dicky and his girlfriend Molly had broken up.

Lil Dicky broke up with his girlfriend Molly in 2015, but released his song “Molly” in June 2016, dedicating it to the girl he used to date – as the song says, he always put her second after rap, so he understands why she wouldn’t accept him back. Because, as he admits, he is a hopeless romantic, the video depicts him attending his ex-girlfriend Molly’s wedding.

Lil Dicky’s Net worth and earnings

His present net worth is projected to be more than $8 million, and it will continue to rise as long as he continues to rap.

Lil Dicky, like other rappers, worked at a variety of jobs before deciding to concentrate on his rapping profession. He relocated to San Francisco, California, after receiving his degree, and began working in account management and as an ad copywriter.

After a year, he decided to focus more on his rapping career, and in 2011, he released his first mixtape. Initially, he merely intended to make people laugh and wanted his rapping career to lead to authoring movie scripts and TV series, but he grew to love rap and decided to stick with it.

Because he was still working at the account management firm Goodby, Silverstein & Partners at the time, it took him two years to complete his first mixtape, “So Hard” – he didn’t release the full mixtape at once, but instead chose to post one song per week. That turned out to be a fantastic idea because it made fans wait for his next song – it took Lil Dicky five months to post all of them.

He filmed his debut video for his “Ex-Boyfriend” song, which became a massive smash, with over one million views in the first week of its release. However, he quickly ran out of funds and turned to the Kickstarter website for donations; he hoped to seek $70,000 but ended up raising more than $110,000 in just 30 days.

Interests, hobbies, and other activities

He enjoys basketball but is not as skilled as he would like to be – his favorite team is the Philadelphia 76ers. Lil Dicky enjoys being outside and interacting with his fans.

Lil Dicky is active on various social media platforms, including Twitter, where he has over 530,000 followers and has tweeted about 15,000 times since launching his account in February 2013. His Instagram account has over 2.2 million followers, and he’s shared about 1,000 photos. He also has a Facebook profile, which has over 820,000 fans.

He has his website where you can connect to his social media accounts and purchase his stuff. Lil Dickyhas a YouTube channel, which he began on April 13, 2013, and has over 5.3 million subscribers and over 1.3 billion views on his videos.