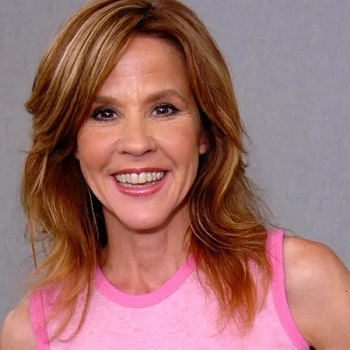 Linda Denise Blair is an American actress best known for her role as Regan, the possessed child in the film “The Exorcist.” Blair was nominated for an Academy Award and won a Golden Globe for her performance.

Linda Blair was born in the United States of America on January 22, 1959, in St. Louis, Missouri. Blair is the youngest of three brothers and sisters. She was born and raised in Westport, Connecticut. She is of Caucasian origin and is an American citizen.

Linda Blair began her career as a child model at the age of four, and she went on to have a regular part on the short-lived ‘Hidden Faces.’ ‘The Way We Live Now’ was Blair’s first full-length film.” For her noteworthy part as Regan in the 1973 film The Exorcist, she was picked from a group of 600 applications.

Blair won a Golden Globe and a People’s Choice Award for Best Supporting Actress for the role, as well as an Academy Award nomination. In 1977, Linda gave an outstanding performance in the sequel, Exorcist II: The Heretic. Linda Blair’s career took a new turn in 1980 when she was offered a role in the film Ruckus, starring actor Dirk Benedict. Blair also starred in Hell Night, Savage Streets, and Chained Heart, all of which were popular low-budget exploitation and horror films.

Linda later appeared in a number of films, primarily comedies, such as the Exorcist spoof Repossessed in 1990 and the horror picture ‘Scream.’ Linda made her Broadway debut in a production of Grease in 1997. Blair was also cast in L.A. 7, a BBC television show. Blair made a special appearance in the television series Supernatural in 2006, as Detective Diana Ballard, who supported Sam and Dean Winchester in the episode “The Unusual Suspects.” “, which aired on November 9th, 2006. Linda starred in the comic online series Whoa! in 2013 and in the 2016 film ‘The Green Fairy.’ “..

Linda was featured in the BBC documentary ‘The Fear of God’ by critic Mark Kermode in 1977 “. To cut the running time of the DVD edition, most of the sequences involving Kermode were eliminated. Blair accepted a lifetime achievement award for her efforts in the horror genre at the 18th annual Malaga Fantasy and Horror Film Festival in 2008. Linda Blair acted in the documentary Confession of a Teenage Vigilante the next year, which discussed her role as Brenda Savage Streets. Blair starred in the cable shows Jury Duty and Pit Boss in 2010. Linda also appeared in the Rick Springfield documentary Affair of the Heart, which was released in 2011.

Linda Blair keeps her marital life and relationships a closely guarded secret. She’s never spoken publicly about her marriage. Many of her fans, however, believe she will marry discreetly because she is over fifty years old. Blair was previously discovered to have had several affairs, although there is no concrete evidence of this. Linda Blair revealed her romance with famed musician Rick James in 2011. After her late boyfriend’s death, she verified this. From 1982 to 1984, the couple was together.

Blair discussed her affair with Rick and his drug addiction in a documentary about his life story. She also revealed that she fell in love with him when she was twenty-two years old. Rick’s drug addiction made their relationship unsustainable. Linda was alleged to have been in relationships with Rick Springfield from 1974 to 1976, Neil Giraldo in 1979, and Wong Hauser in 1990, according to certain publications.

Linda Blair is a well-known actress who makes a lot of money. Blair has been in a number of films and television shows. Her outstanding appearance has also earned her countless honors. Linda has a total net worth of $ 16 million as of 2017. This is the result of her hard work and true dedication.