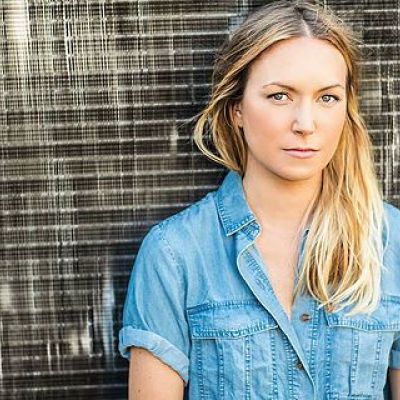 Do you know Who is Linda Doucett?

Linda Doucett is a retired actress and model who rose to prominence on “The Larry Sanders Show” from 1992 to 1994, as well as in Playboy Magazine. In addition, she is the ex-girlfriend of comic Gary Shandling.

Linda Doucett was born on July 2, 1958, in Detroit, Michigan, USA; regrettably, she hasn’t given much about her formative years, like the names of her parents and their occupations, and she hasn’t mentioned any siblings, so we may presume she is a single child.

Linda did not pursue her education after graduating from high school because her modeling career had already taken off.

Linda’s life has been eventful; before Garry, she was engaged to Ken Hensley, the singer of the famous rock band Uriah Heep. She and Garry met at a friend’s party, and Garry later paid her a visit to a local theatre where she was performing. They fell in love quickly and lived together from 1987 until 1994 when their relationship ended. Linda abandoned their home and was kicked from Garry’s show.

She has moved on with her life and now has a son, Michael Doucett, born in 1999; she hasn’t said anything about the child’s father or whether the two are still together.

She has become a pretty private individual since leaving the entertainment industry, and she is not active on any of the big social media platforms.

Now that we’ve covered everything there is to know about Linda, let’s talk about the man who catapulted her to the stars but also brought her down.

Garry Emmanuel Shandling was born on November 29, 1949, in Chicago, Illinois, USA, of Jewish descent, and grew up in Tucson, Arizona with his brother Barry Philip, who died at the age of 13 from cystic fibrosis, leaving a huge impact on Garry, who was only ten years old at the time. He attended Palo Verde High School before majoring in electrical engineering.

However, after having an epiphany moment in his third year, he changed his major and began postgraduate studies in creative writing.

In terms of his profession, Garry is most known for his shows “It’s Garry Shandling’s Show” and “The Larry Sanders Show,” which catapulted him to stardom.

He died on March 24, 2016, after suffering from hyperparathyroidism for several years; the cause of death was later determined to be a pulmonary embolism.
Garry’s net worth is estimated to be $17 million, according to sources.

Linda’s career began in high school when she landed her first modeling job; gradually, she gained popularity, which led to more opportunities. She then performed in music videos for a variety of bands, including Toto and the Beach Boys. This increased her reputation, and she began appearing in lesser roles in films and television series.

In 1989, she made her film debut in “Scenes from the Class Struggle in Beverly Hills,” alongside Jacqueline Bisset, Ray Sharkey, and Mary Woronov. She also appeared in her boyfriend’s “It’s the Garry Shandling Show” the same year, and two years later in the TV series “Herman’s Head.”

Her popularity grew as her love with Garry grew, and when Garry created “The Larry Sanders Show,” she joined in 1992 as Darlene Chapinni, an assistant to Hank Kingsley, a sidekick to Larry Sanders himself, played by her then-boyfriend Garry Shandling.

She appeared in 45 episodes of the Golden Globe-nominated sitcom, which expanded her fame and fortune. However, once her affair with Garry ended in 1994, she quit the program and later sued both Garry and the show’s production firm, Brillstein-Grey Entertainment, for sexual harassment and wrongful termination. Linda won $1 million after the lawsuit was settled out of court.

She became highly popular while on the show and attempted to continue her career, but she only starred in the television film “Badge of Betrayal” (1997) and a tiny role in the TV series “The $treet” in 2000, after which she chose to retire. Linda has lived her life away from the public eye since then, save for a brief appearance in 2008 to testify against Anthony Pellicano, a private investigator, for alleged unlawful wiretapping and other crimes.

Although she has not been involved in the entertainment industry for some time, her earlier accomplishments have undoubtedly contributed to her fortune. So, have you ever wondered how wealthy Linda Doucett is as of the middle of 2019? According to reliable sources, Doucett is expected to be, as of early 2020? According to reliable sources, Linda’s net worth might be as high as $1 million, which is rather astounding, don’t you think?

Do you know how tall and how much Linda Doucett weighs? Linda is 5ft 8ins tall, or 1.78m, and her weight and vital data are currently unknown to the media, despite her fit shape. Her eyes are dark brown and her hair is blonde.