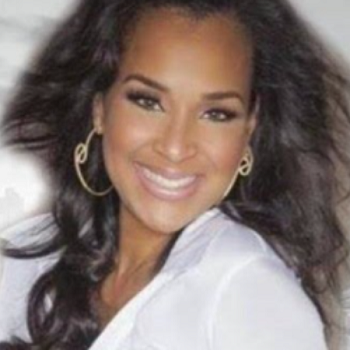 LisaRaye McCoy is an accomplished actress, model, entrepreneur, and fashion designer from the United States. She is best known for her leading role in the feature film The Players Club as Diana “Diamond” Armstrong. In addition, she has played Neesee James in the UPN/The CW sitcom All of Us and Keisha Greene in the VH1 comedy-romance series Single Ladies.

LisaRaye McCoy was born in the United States on September 23, 1967, in Chicago, Illinois. As of June 2021, she is 53 years old. She has a height of 5 feet and 5 inches (1.69 meters). Her nationality is American, and her ethnicity is Afro-American. She is the daughter of Chicago businessman David Ray McCoy and retired professional model Katie McCoy. Da Brat, her younger sister, is a rapper and actress.

The actress attended St. James College Prep and Kenwood Academy for her education. She went on to Thornridge High School, where she graduated in 1986. She then went on to Eastern Illinois University before pursuing her acting career.

In 2001, she played Lisa in the romantic comedy film All About You. Civil Brand, Go for Broke, Love Chronicles, and Gang of Roses are among her other early films. She played Neesee James in the sitcom All of Us from 2003 to 2007. From 2010 to 2011, she hosted her own TV show, Lisa Raye: The Real McCoy. From 2011 to 2014, she played Keisha Greene in the comedy-drama television series Single Ladies, alongside Stacey Dash, Denise Vasi, and Harold House Moore. She joined the cast of the TV show A House Divided in 2020.

Details on Net Worth and Earnings

The 53-year-old famous actress has a net worth of $10 million, which LisaRaye McCoy has amassed through her acting, modeling, and fashion designing careers. She’s also a businesswoman, having started her own lingerie line in 2005. Similarly, the actress has her own denim line, which she began in 2011. She also makes a sizable profit from her Instagram account, @thereallraye1, which has 2.1 million followers. She earns between $4,227 and $7,045 per sponsored post, according to online tabloids.

I’ve been married twice and am the proud mother of a daughter.

The Players Club actress was married to Kenji Pace, with whom she had a lovely daughter, Kai Morae Pace, who was born on December 5, 1989. Tony Derrick Martin, a football player, was her first husband, whom she married on September 23, 1992. However, on March 31, 1994, they both decided to end their marriage and divorced. Following Martin, she married Michael Misick, a former chief minister of the Turks and Caicos Islands. The couple married in a lavish ceremony on April 8, 2006, and then went on a three-week honeymoon to Jerusalem, Bali, and Dubai.

Unfortunately, their marriage did not last long, and they divorced on December 21, 2008. Her current relationship status has not been revealed.