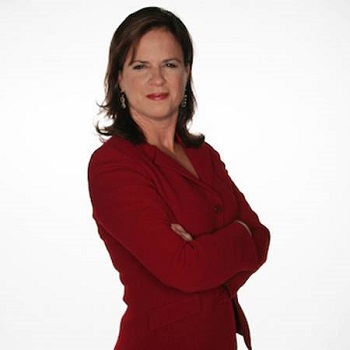 Elizabeth Jayne McDonald was born in Rockville Centre, New York, on the 2nd of January 1962. She is a senior stocks editor for Fox News and Fox Business, as well as a veteran business writer and author. Elizabeth is affectionately known as eMac. Her ethnicity is Caucasian and her nationality is American. She spent her entire childhood in New York.

She received her B. A. in 1984 from Canisius College, a private college in Buffalo, New York. She has written for a variety of publications, including Forbes and the Wall Street Journal. She founded Forbes’ top-rated annual ranking, The World’s 100 Most Powerful Women, there. Opening Bell with Maria Bartiromo, Varnery & Co., and Cavuto is a Fox Business show where Elizabeth MacDonald is a regular. She may also be seen on Outnumbered, Red Eye with Tom Shillue, Happening Now, and Neil Cavuto’s Your World.

At the Wall Street Journal, Elizabeth MacDonald was responsible for front-page stories, economic Outlook columns, editorials, heard on the street columns, and breaking news. She also wrote a piece based on the Freedom of Information Act exposing the Kennedy administration’s secret IRS campaign to audit political opponents during this time.

Elizabeth MacDonald of The Wall Street Journal has a scoop on the hidden aspects of the historic settlement between the Church of Scientology and the Internal Revenue Service. She worked as a financial editor and wrote cover stories for Worth before joining The Wall Street Journal, and she has also covered taxes and the IRS for Money.

Since 2007, Elizabeth MacDonald has worked as a stock editor and team member for the Fox Television Network. She has also worked as an anchor on Fox News and the Fox Business Show, as well as Forbes on Fox and E Mac’s Stock, watch. Through her television show, she is also educating all Americans, from taxi drivers to high-level business entrepreneurs, on how to make the most use of their income, assets, and investments.

Elizabeth MacDonald’s current relationship status appears to be single. There has been no additional evidence that she has had affairs in the past. Elizabeth was once rumored to have been pregnant, however, this was untrue. She was also supposed to be a lesbian, though no confirmation of the story has been obtained. Her social media accounts, such as Twitter and Facebook, can be followed. MacDonald’s net wealth and salary have not been revealed.

Elizabeth MacDonald has won a total of 14 awards, including the Gerald Loeb Award for Distinguished Business Journalism, the Newswomen’s Club of New York Front Page Award for Excellence in Investigation Journalism, and the Society of Professional Journalist Award for Outstanding Public Service Reporting.