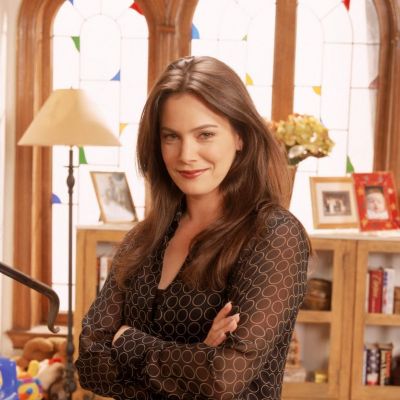 Do you know Who is Liza Snyder?

Liza Snyder is a well-known American actress best known for her role as Andi Burns in the CBS sitcom “Man with a Plan,” in which she co-starred with Matt LeBlanc, the star of the renowned TV series “Friends.” Let’s learn more about her personal life, such as whether she’s married, her net worth, and so on.

Liza Snyder was born on March 20, 1968, in Northampton, Massachusetts, USA, under the sign of Pisces and with American citizenship. Liza was born into a creative family: her mother, Barbara Green, is a lyricist and singer, and her father, whose name is currently unknown, was a theatrical professor at Smith College in Massachusetts. Liza’s grandmother, Betty Furness, was an actress who was married to Johnny Green, a famous composer who won several Oscars and numerous other accolades. Liza absorbed her family’s passion for art and music from an early age and daydreamed about her future actor profession, which came true.

Liza attended the Neighborhood Playhouse School of the Theatre in New York after graduating from a local high school in Northampton in 1986. She was fortunate to be able to take acting workshops under the tutelage of Sanford Meisner, a well-known American actor, and mature acting professor. Liza is not known to have attended any additional colleges or universities, and no information regarding her degree is available.

Liza got her first role in 1992, in an episode of the TV drama series “The Trials of Rosie O’Neill”. Liza’s role was brief, but it was her first in a significant project. She went on to obtain other jobs Even though her involvement in the TV series “Down the Shore” was so minor that she wasn’t even included in the credits.

Liza worked hard to develop her acting talents, spending hours practicing in front of the mirror, and soon landed another episodic role as Jeannine Bonelli in the classic TV detective series “Murder, She Wrote” (1984 – 1996). Her first notable role was as Officer Molly Whelan in the ABC TV series “Sirens” (1993 – 1995), in which she co-starred with a teenage Jack Black. Liza’s career advanced swiftly, and by the end of the 1990s, she had already participated in TV shows. She rose to prominence after landing the part of Linda in the NBC sitcom “Jesse” (1998 – 2000).

Liza had the excellent experience of working with a team of creative directors and a mature cast, participating in more than 40 episodes of the series. Concurrently, Liza made her film debut in the film “Pay It Forward” (2000). Liza was given the perfect opportunity to elevate her career. When she was cast as Christine Hughes in the CBS sitcom “Yes, Dear” (2000-2006). A leading part for the first time in her career, and it was her time to shine. The sitcom aired for six seasons and told the story of two very different families who were forced to share one house.

No one has ever been able to obtain accurate information regarding her relationship status. There were allegations of an affair with her on-screen husband Mike O’Malley. While she was starring in the sitcom “Yes, Dear”; and though neither Mike nor Liza ever verified their connection. The audience thought of them as real spouses for a long time. Liza, on the other hand, is most likely single. She has never shown images of a boyfriend or husband, nor has she mentioned any names in her interviews.