Lorna and Tauren Wells Fought for Their Love and Marriage

Learn about the challenges Tauren and Lorna Wells overcame in order to enjoy a happy marriage. 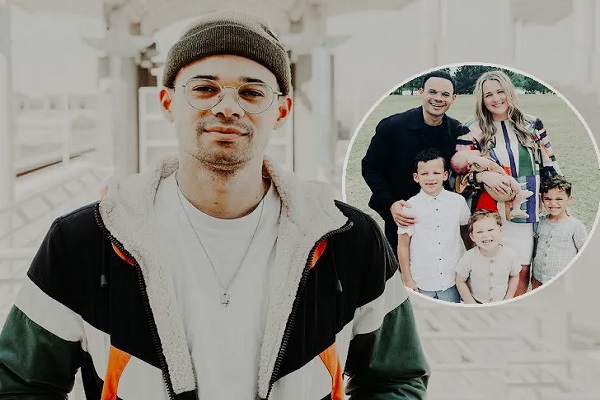 Tauren Wells has been nominated for a Grammy seven times for his work in Christian music. He sings Christian pop-rock and R&B songs with strong Christian messages most of the time.
He has two albums to his credit, as well as multiple hit songs such as “Hills and Valleys,” “Known,” and “Famous For (I Believe).”

Tauren is married to Lorna Wells, a Christian musician who shares his beliefs and commitment to God. Kanaan, Lawson, Navy, and Banner are the couple’s four children, and they live happily together. This was not always the case, though.
Tauren and Lorna had a difficult time after their marriage. Regardless, they fought for their love and are now in a happy position. Tauren’s song ‘Love’s Worth the Fight’ was inspired by their commitment to one another and their determination to save their marriage.

The Love of Wells Was Worth Fighting For

Tauren shared about his married life on Instagram on February 26, 2020. He posted a sample of ‘Love’s Worth the Fight,’ and in the subtitles, he revealed his marital issues.

He shared how he and his wife had to deal with numerous issues. Both of them were dealing with their problems and suppressing them for their partner’s sake. They did, however, recognize that they loved each other and that they wanted to give their love a chance.

As a result, they fought for their love and dealt with their marital issues.

Lorna’s blog, Alive and Wells, goes into great detail regarding the issues.

She spoke openly about the hardships they faced shortly after their marriage. Lorna responded to one of the most frequently asked topics on February 28, 2019: how she felt about Tauren traveling while she had to stay at home.

Lorna had been told about Tauren’s circumstances when they began dating. His band, Royal Tailor, used to go on tour. Lorna had expressed concern to him that she might not want to marry him because he would travel a lot.

Lorna turned down that proposal because she “didn’t want normal,” and all she wanted was to be with him. She was well aware of what she was getting herself into by marrying him.

On January 21, 2011, they married in front of their friends and family. Things were, however, easier said than done. Tauren left on a 5-week tour just after their wedding.
He had been apart from his wife for the longest time. They’d told themselves that they’d never be away for so long. When they had children, things became more difficult. Lorna was working full-time, living alone at home with their children.

Tauren wanted his space to relax when he returned from tour, thus he couldn’t help his wife care for their children.This used to be a major source of contention in the Wells home. The couple eventually sought marriage counseling to work out their problems.

Lorna concentrated on three key areas: trust, patience, and communication. She believed that having faith in one another and being open about their predicament helped them. Lorna has also mastered the art of patience when it comes to Tauren’s schedule.The pair schedules time to talk and talk about what is bothering them. The couple has been able to maintain a healthy relationship by communicating and being open about their feelings.

The Wells are currently happy in their marriage and with their children. Tauren leads workshops at Lakewood Church in Texas.
In Texas, the duo has founded a number of private music academies known as Prisma Worship Arts School.

They welcomed their fourth child, Banner Paul Wells, on April 12, 2021.