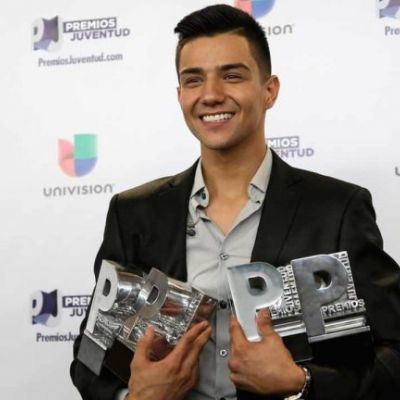 Luis Coronel’s total accumulated Net worth is estimated to be around $2 million.

Do you know Who is Luis Coronel?

Luis Coronel, a 22-year-old singer, and songwriter of Hispanic descent was born Luis Miguel Coronel Gamez on February 3, 1996, in Tucson, Arizona, USA. He is perhaps best known for his achievements in Latino music, specifically for being an American-born Mexican singer of regional Mexican music, and thus contributing to the popularity of this genre with his now-famous name. Since 2012, he has been involved in the lucrative singing business.

According to sources, the young singer stands at a normal height of 5 feet and 8 inches (1.71m) and weighs 132 pounds (62kg). He is of white ethnicity and Hispanic descent, with black hair and dark brown eyes.

There is currently no information available about Coronel’s education, so his high school and/or college are unknown. According to some sources, his father died when he was a teenager, and his mother’s identity is unknown to this day. When it comes to his siblings, his older sister and brother are named Mireya and Bebe, respectively. It is also widely known that Luis began his career quite early, as he joined a local church choir at the age of six to practice his vocal skills, though he did not consider becoming a singer at the time, as he was more interested in boxing.

As strange as it may sound, Luis began his singing career while still boxing – at one point, after finishing a boxing match, he decided to sing, and this performance was recorded. Luis had this video uploaded to YouTube at a later date for pure amusement and possibly to keep his memory alive, and future fans discovered this video and Luis received a round of applause in the comments, while the video quickly became a sensation. The public reaction then inspired Luis to create more singing videos, sacrificing his boxing career in the process, which appears to have been a wise decision, as Luis was eventually noticed by a major music production company called DEL Records. Because of the growing influence of his fanbase, one of the company’s chairmen, Angel Del Villar, quickly recognized Luis’ apparent potential and offered him a contract.
Beginning with the aforementioned event, Luis became a superstar practically overnight at the age of 16 in 2012. His debut studio album, “Con la Frente en Alto,” was released in September 2013 by DEL Records and received Gold RIAA (Latin) certification. It was ranked 80th in the US by the weekly Billboard magazine, reached number two on the Top Latin Albums chart, and was regarded as the number one US Regional Mexican Album at the time.

In September 2014, Luis achieved a similar feat with his new album, “Quiero ser to Duo,”. Finally, in October 2017, Luis released his most recent album, “Ahora Soy Yo,” this time under the Sony Music Latin label, reaching number 121 on the US Billboard chart and number two on the Top Latin Albums chart.

Luis Coronel’s total accumulated Net Worth is estimated to be around $2 million.

Coronel has made no public statements about his sexuality. Even though he is heterosexual, and has been seen attending multiple events with his girlfriend Adilene Idalie.

Coronel should keep his social media profiles active given his popularity among young people. A look at his Facebook account reveals that he is doing exactly that. As evidenced by his over 5.6 million followers. Coronel’s Twitter account does not quite compare, with 450.000 current followers. His Instagram profile does not lag far behind, with a current high of over two million followers.