Luiza Barros and her husband Jimmy Nelson’s wedded life is full of excitement thanks to their fishing trip. 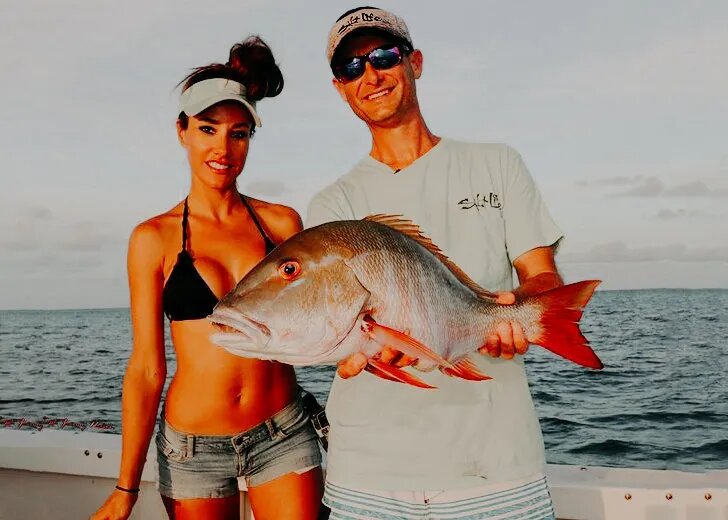 With all of the big fish, they catch every day, it only seems right that Luiza Barros and her partner, Captain Jimmy Nelson. They use the hashtag ‘power couple’ in every photo they post on Instagram.

With a shared passion for fishing, the fisherman couple is enjoying their marriage both on and off the boat.

Together since the early 2010s

Barros and her spouse have never said when they started dating. According to the fish catcher’s social media profile, the couple has been together since 2014. In February of 2014, the fisherwoman shared her first photo with Captain Nelson.
She’s been posting images of herself with him on social media ever since, referring to him as her guy and life partner.

The couple’s wedding date and details are not included in the usual updates. Nelson only announced their marriage when he posted a photo of her on Instagram on April 3, 2021, and referred to her as his “beautiful wife.”

According to Luiza Barros, a shared interest strengthens a relationship

During an exclusive interview with Boating World on November 16, 2017, Barros discussed her marriage with her husband.
She said that she and her partner shared a healthy relationship. She described fishing and living with the Captain as a blessing, stating that her boyfriend was extremely supportive.

When asked if fishing assisted couples, she responded yes, stating that having a shared passion allowed a couple to spend more time communicating and strengthening their bond.

The spearfishing lady explained that while she and her companion are catching fish, they are always on the same page, which extends to when they aren’t fishing.

When looking at the couple’s social media, her assertion sounds true. They publish images of each other frequently and without hesitation, as well as peeks of their happy marriage and exciting fishing expeditions.

The Power Couple Goes on a World Tour

The fisherman duo goes to various locations throughout the world in order to catch various varieties of fish. Barros’ YouTube channel Fishing with Luiza frequently captures and features their fishing moments around the world.

The adventures are also broadcast on the Sportsman Channel’s Livin’ the Dream with Captain Jimmy Nelson show. The show premiered in January of 2018.

The two have been to exotic locations such as the Caribbean, Grand Cayman, Costa Rica, Florida, the Bahamas, and Mexico, where they have engaged in activities such as offshore and inshore fishing, lobstering, scalloping, spearfishing, and many more.