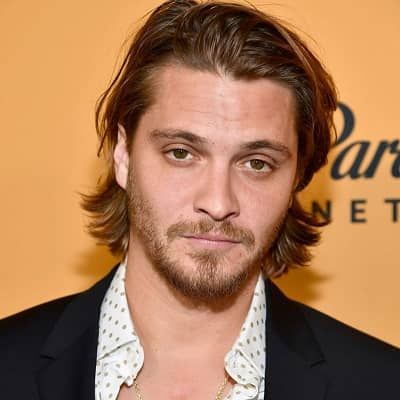 Do you know Who is Luke Grimes?

Luke Timothy Grimes was born on January 21, 1984, in Dayton, Ohio, USA, and is an actor best known for his roles in films such as “American Sniper” and the “Fifty Shades of Grey” film series as Christian Grey’s brother.

Luke grew up in Dayton; his father is a Pentecostal pastor, and he graduated from Dayton Christian High School in 2002. During his time there, he discovered his love for acting and moved to New York City to study at the American Academy of Dramatic Arts. Following the completion of his studies, one of his first film roles would be in the 2006 film “All the Boys Love Mandy Lane.” The horror film stars Amber Heard and Michael Welch, and the plot revolves around high school students inviting an attractive outsider to spend the weekend in a remote house, which leads to them being pursued by a serial killer.

The following year, Luke had a starring role in “War Eagle, Arkansas,” which is based on the story of two real-life friends growing up together and then facing life’s crossroads as they finish high school. He appeared in the 2008 film “Assassination of a High School President,” alongside Bruce Willis and Reece Thompson. The film was supposed to have a limited theatrical release. But distribution issues forced it to be released on DVD a year later.

Grimes’ next significant role would be in the television series “Brothers & Sisters,” a sitcom focusing on the lives of the Walker family in Los Angeles and Pasadena, California, in which he appeared for a total of 35 episodes as Ryan Lafferty, a season regular during the show’s fourth season. In 2012, he appeared in “Taken 2,” a sequel to the 2008 film “Taken,” starring Liam Neeson, which follows the main characters on a trip to Istanbul.

The following year, during the sixth season of “True Blood,” he played the character James for six episodes. The series is based on Charlaine Harris’ novel series “The Southern Vampire Mysteries.” His popularity skyrocketed in 2014. When he was cast in the film “American Sniper” as United States Navy SEAL Marc Lee. The biographical film follows the life of Chris Kyle, the deadliest marksman in the United States.

In terms of his personal life, Grimes has been in a relationship with actress Gillian Zinser since 2001. Luke Grimes also stated that he grew up in a religious family but is not a believer in organized religion. He also avoids thinking about or investing in the future. He also mentioned that working with Bruce Willis was unusual for him.