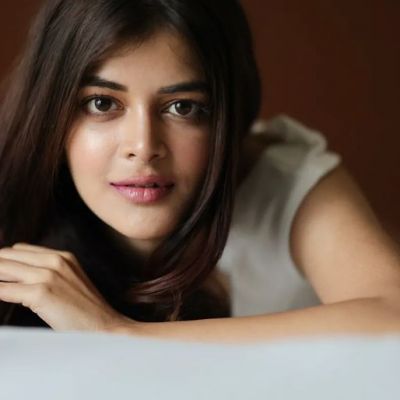 Do you know Who is Madhumita Sarcar?

Madhumita Sarcar is a model as well as one of West Bengal’s hottest television actresses. She is a Scorpio, born on October 26, 1994, into a lovely family in Sonarpur, Kolkata. Samarajit Sarcar is her father, and she has one older brother. This young aspiring Hindu celebrity is of Indian origin.

She graduated from Jadavpur University in Kolkata with a degree in Philosophy Hons. She reportedly intended to seek a master’s degree after that, but instead chose to focus on filmmaking. Madhumita lives in an apartment in Kolkata with her mother. She, who has black hair and dark brown eyes, enjoys reading and playing indoor games like carrom board.

Madhumita married Sourav Chakraborty in 2015 when she was barely 21 years old. The marriage lasted four years and ended in 2019. Madhumita admits that getting married so soon was a rushed decision.

Madhumita’s net worth is estimated to be three million dollars. Her earnings are derived from her appearances in well-known television shows, movies, and music videos.

Madhumita entered the realm of television in 2011. She was only 17 years old at the time. It all started with her main part in Sobhnoy Nivedan as Naina, a Marwadi girl. Madhumita went on to appear in other television series after that.

Madhu went on to act in Care Koi Na in 2012. She won another starring part as Jahnnabi Mukherjee, well known as Juni among fans. After the series ended in 2013, Madhu was allowed to reprise her role as Pakhi Ghosh Dastidar Singha Roy in the Bengali blockbuster series Bojhena Se Bojhena. The series aired from 2013 to 2016 and was praised by both fans and reviewers.
In 2017, she made her cinematic debut as Sakshi in Paribartan. From 2015 through 2020, Madhu offered her voice to the Bengali channel’s Mahalaya show.

Madhumita has appeared in several television shows and films, as well as various music videos. Her television credits include Meghbalika, a 2016 Bengali TV series that aired on NTV Bangladesh. Kusum Dola, another Bengali TV serial in which she plays Dr. Imon Mukherjee. This was a popular series that received great feedback.

She has also competed in Dadagiri Unlimited and Didi No. 1 as a participant. Around the same time, in 2020, Madhumita was cast as the lead in the highly acclaimed film Love Aaj Kal Porshu, which was praised by critics for its originality and premise.

She most recently appeared in Kuler Achaar as Mithi, a girl who wishes to maintain her surname after marriage but lives in a traditional Indian community.

In addition to these films, she has appeared in the online series Uttoron on the Hoichoi channel as Parna.

Madhu has received both the Star Jalsha Parivaar and the Telesamman awards. Madhu received the Film & Frames Digital Film Award for Best Actress in 2021 for her part in Cheeni. She also received the Rising Star award the same year.