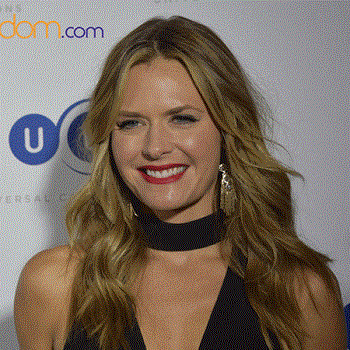 Maggie Lawson is an American actress best known for portraying Detective Juliet “Jules” O’Hara in the American detective comedy-drama television series Psych from 2006 to 2014. She began her acting career at the age of eight, performing in community and dinner theater productions. As a youngster, Lawson worked as a youth journalist for a Fox News affiliate in Louisville, Kentucky. She was previously married to actor Ben Koldyke.

Maggie Lawson, a native of Louisville, is an American citizen

Lawson attended Assumption High School in Louisville, a female Catholic school. She completed her senior year of study via correspondence. She relocated to Los Angeles in 1997 to pursue a full-time acting and modeling career.

Maggie Lawson began her career as a theatrical performer at the age of eight, performing in community and dinner theatre shows in her hometown. She also hosted the WDRB Fox 41 Kid’s Club for kids. Lawson made her television debut as Madelyn in four episodes of the American sitcom Unhappily Ever After. She made an appearance as Kim in one episode of the American adolescent sitcom Hang Time the following year.

Lawson made her big-screen debut as Lisa Anne in the comedy-drama Pleasantville in 1998. She also starred as Debbie Murdock in I’ve Been Waiting for You, a TV horror/slasher thriller, in the same year.

From 2003 to 2004, Lawson played Liz Stoddard-Banks on the American sitcom It’s All Relative. Andrea Malone was a regular cast member in the American television sitcom Crumbs in 2006.

From 2006 until 2014, Lawson portrayed Juliet O’Hara in the American detective comedy-drama television series Psych. James Roday, Dulé Hill, and Timothy Omundson shared the screen with her. She was also cast in the series’ film adaptation, which debuted in 2017.

Lawson’s most recent appearances on screen were as Christa in two episodes of the American horror-comedy web television series Santa Clarita Diet.

Maggie Lawson’s net worth is unknown

Maggie Lawson gets a lot of money through her roles in television shows and movies. According to celebrity net worth, Lawson has a net worth of $2 million as of 2018.

In 2014, Lawson sold a mid-century property in Oaks Village for $2.2 million to comedian-musician Tim Minchin. The 2900 square foot home had environmentally friendly elements such as synthetic glass and solar panels for pool and spa heating. In August 2011, she paid $1.775 million for it.

In addition, Lawson spent $1.1 million for a 1419-square-foot ranch-style home in Bronson Canyon.

What is the name of her present husband? Find out about her relationship status

And, as of 2019, the actress is most likely content with her single status. Previously, she was married to Ben Koldyke, a famous American actor. On August 8, 2015, the pair tied the knot. They split in 2017 despite their loving connection. There was no child for the couple.

After meeting for the first time on the sets of Psych in 2006, Lawson was in a seven-year relationship with her co-star James Roday. Roday is an actor, director, and screenwriter from the United States.

The onscreen couple develops an interest in each other in real life as well. While filming on the eighth season, the couple purchased a property in Los Angeles and began living together. However, after seven years of marriage, the pair decided to call it quits.

Lawson is also the co-founder of the Tiger Frances Foundation, an animal rescue charity based in Los Angeles, California. Lawson is very active on social media, with over 93.8 million followers on Facebook and Instagram as of 2019. She is also a dog lover, with several Peanut-named pets.