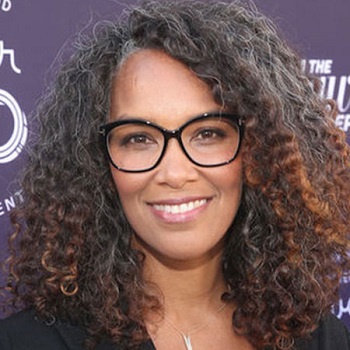 Mara Brock Akil is a writer and producer who has received BET Comedy Awards, NACCP Image Awards, Black Reel Awards, and the NAACP Image Award for her work on South Central, Moesha, and The Jamie Foxx Show. She and her husband Salim Akil are also the creators of the BET television series Being Mary Jane.

Mara Brock Akil was born Mara Dionne Brock on May 27, 1970, in Los Angeles, California, to mother Joan Demeter, under the zodiac sign of Gemini. Mara was reared in Kansas City by her mother after her parents divorced when she was eight years old. Her younger sister Kara Brock, who is also an actor, is one of her two siblings.

The career of Mara Brock Akil

Mara started her career as a writer in 1994 when she joined Fox’s short-lived sitcom South Central. She left Fox after years of service and began writing for the UPN series Moesha. After four years on the job, she was promoted to Producer and received the 1999 SHINE Award from The Media Project for her work on the UPN series.

She went on to work as a Supervising Producer on the comedy series ‘The Jamie Foxx Show’ after a few years. In 2000, she and Kelsey Grammer co-created their first sitcom, Girlfriends. Her series was well-received, and she was honored with a Shine Award in 2001. She was also nominated for two NAACP Image Awards for Outstanding Comedy Series in 2002 and 2003.

She and her husband co-created the BET television series Being Mary Jane in 2013. Gabrielle Union played the lead in the TV series, which was the couple’s first hour-long scripted show. Mara departed ICM Partners in March 2017 to join CAA. She even created Black Lightning, a scripted superhero series based on DC Comics’ Black Lightning comic. On January 16, 2018, her show will launch.

.Mara Brock Akil has an estimated net worth of $8 million as a result of her successful profession. She has previously worked as a producer and writer for a number of television series. A producer’s average compensation, according to PayScale, is roughly $67,920.

Mara Brock Akil is a 48-year-old married woman who married executive producer/director spouse Salim Akil in 1999. They met on the set of Moesha for the first time.

They had their first child, Yasin Ali Akil, on April 16, 2004, after a few years of marriage. On November 16, 2009, the family of three was once again blessed with the birth of their second child, Nasir Lukmon Akil.

Mara’s husband has been accused of domestic violence.

Mara’s husband was sued in September 2018 by a woman who claimed he assaulted her during an adulterous affair. Amber Dixon Brenner, meantime, filed a complaint against Salim in November, accusing him of domestic violence and violation of the contract.

According to the complaint, Salim had a love relationship with her and mistreated her physically, verbally, and sexually during that time. She claimed in her affidavit that she had been in a love connection with Salim for nearly ten years. Their show Love Is__ was canceled due to Abuse.

Salim remained mute on the subject, but his attorney issued the following statement.

“These charges are distressing, but they are also completely false. We will vigorously defend Salim against the false and offensive allegations made in various baseless lawsuits by a woman with whom he had a previous connection. Salim is looking forward to clearing his name and resuming his profession and family life.”

Despite the charges, Mara remains married to her husband and there are no signs of a divorce on the horizon. She appears to believe in her man and has no intention of changing her mind. The four-person family currently resides in Beverly Hills, California.

Why was a lawsuit filed against Mara Brock?

Staci Robinson, a writer and the author of Interception, has launched a lawsuit against Brock Akil and the CW network for $40 million. Staci filed a complaint accusing Brock Akil of stealing the plot for her hit CW comedy series ‘The Game’ from a manuscript she gave her in 2001 that was unpublished at the time.

Staci also stated that she was inspired to create the show since her novel follows Stefanie Porter, who is presently pursuing a law degree at UCLA.

Actors from the Love Is__ program, including Mara Brock Akil, Will Catlett, and Michele Weaver, discuss the show in the video below. Mara also discloses the show’s origin and clears the air regarding what happened with Being Mary Jane on BET while discussing the show.