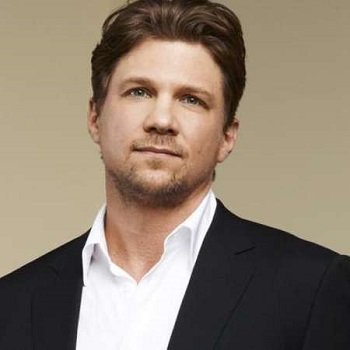 Marc Blucas is an American actor best known for his role as Rodney in the blockbuster film Knight and Day. He is well renowned for his appearance in Buffy the Vampire Slayer as Riley Finn. He has appeared in a number of popular television shows, including Necessary Roughness and Underground. In 2018, the actor appeared in the film The Fix. Blucas played collegiate basketball for the Wake Forest Demon Deacons before pursuing a career in acting.

Marc Blucas: Who Is He?

Marc Blucas was born Marcus Paul Blucas under the sign of Capricorn on January 11, 1972, in Butler, Pennsylvania, United States. Blucas is of White ethnicity and is of American nationality.

Walter Joseph Blucas and Mary Catherine Blucas are his parents. His father was the quarterback for the Big Indians’ 1968 undefeated team. On January 10, 1970, his parents married, just a few months before they graduated from Indiana University of Pennsylvania.

His family relocated to Girard, Pennsylvania, in 1974, where his father accepted a position as a school administrator. His parents eventually divorced. Kristen Blucas is his older sister.

Marc Blucas, a self-described square who excelled in school, was a great player in the mold of his father. His father was the quarterback for the Big Indians’ 1968 undefeated team. In 1999, his father was named to the IUP Athletics Hall of Fame.

He was a member of the High School Basketball team while attending Girard High School. In the Pennsylvania boys AA State Championship, he assisted his team in taking the lead. His success helped him earn a scholarship to Wake Forest University, where he also played basketball for the Demon Deacons.

In addition, he became an active member of the Sigma Phi Epsilon fraternity, and he was disappointed when he did not make it into the NBA. This frustrated him, and he moved to England in his later years. After that, he joined the British Basketball League.

Blucas had intended to be a lawyer in the future, but he changed his mind and sought a career in acting instead.

Marc Blucas made his acting debut in the television movie Inflammable in 1995. In the supernatural drama TV series Buffy the Vampire Slayer, Blucas landed his first starring role as Riley Finn, a military operative. From 1999 to 2000, he was a part of the series, appearing in 31 episodes. Sarah Michelle Gellar, Nicholas Brendon, and Alyson Hannigan appeared in the series.

Blucas went on to appear in uncredited roles in a number of TV episodes, including House, Lie to Me, Castle, Revenge, and Body of Proof, among others. His other well-known works include Necessary Roughness, a USA Network TV series on which he worked from 2011 to 2013. Callie Thorne, Mehcad Brooks, and Scott Cohen shared the screen with him.

In 2016, he played John Hawkes, an abolitionist lawyer, in the period drama Underground, which also starred Jurnee Smollett-Bell, Aldis Hodge, and Jessica De Gouw. He was cast in the romantic comedy Season for Love in 2018. In 2019, the actor starred alongside Robin Tunney and Adam Rayner in ABC’s TV series The Fix.

In 1996, Blucas made his film debut as Bech Knicks in Steve Rash’s Eddie. Two years later, he starred alongside Tobey Maguire and Jeff Daniels in Pleasantville.

Summer Catch, They, The Alamo, First Daughter, Deadline, Touchback, and Red State were among the films in which he appeared. His most recent film is Brawl in Cell Block 99, an action thriller released in 2017. He appeared alongside Vince Vaughn, Jennifer Carpenter, Don Johnson, and Udo Kier on the big screen.

Net Worth: Sources Of Income And Earnings

According to celebrity net worth, Marc Blucas’ net worth is $3 million, whereas according to the richest, his net worth is estimated to be $1.5 million. The actress has made a lot of money through his roles in movies and television series. Blucas appeared in a number of films that grossed a lot of money at the box office.

The actor has appeared in a number of successful films, some of which are listed here.

According to numerous websites, a TV star’s pay ranges from $150k to $1 million. He also credits his success to wise stock investments and lucrative endorsement partnerships with CoverGirl cosmetics. He owns a number of eateries in the Washington area. Blucas also developed his own Vodka brand and is currently targeting the juniors market with Marc Blucas Seduction, a top-selling perfume, and fashion line.

Brawl in Cell Block 99, The Red Maple Leaf, Sleeping with Other People, Touchback, and Deadline are just a few of the films in which he has appeared. The season for Love, Necessary Roughness, and Buffy the Vampire Slayer are among the TV shows in which he has appeared, as well as episodes of Law & Order: Los Angeles, Blue Bloods, Stalker, Body of Proof, and Revenge.

What is the address of the millionaire?

Marc Blucas’ Wife: Who Is She?

Marc Blucas is a married man with a talented acting career. In a private ceremony attended by family and friends, he married his girlfriend turned wife, Ryan Haddon, on July 25, 2009, in Pennsylvania.

His wife, journalist Dayle Haddon, is the daughter of businessman Glenn Souham and former model Glenn Souham. Blucas began her career as an entertainment reporter, working for a variety of newspapers and magazines before deciding to pursue a career in television. The journalist has also contributed to programs such as NBC’s Extra! and Court TV’s Hollywood Heat.

Despite their ten-year marriage, the pair has yet to have a child together. His Instagram narrative, on the other hand, reveals a different story. It appears that they have two girls together, but he has not acknowledged this.

Blucas previously dated actress Lauren Graham in 2005. However, the romance did not endure long and ended after only five months.