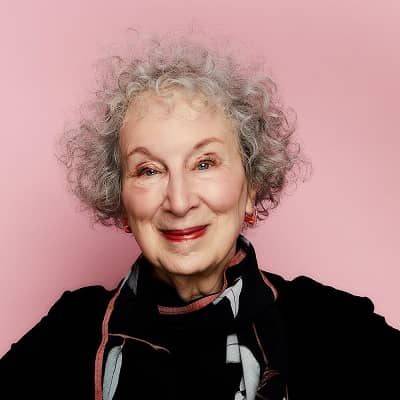 Margaret Atwood was born in Ottawa, Ontario, Canada, on November 18, 1939. Her nationality is Canadian, and her race is unknown. Carl Edmund Atwood was her father, and Margaret Dorothy Killam was her mother. Harold Leslie Atwood and Ruth Atwood are her two siblings.

Atwood went on to Victoria College at the University of Toronto, where she earned her bachelor’s degree in 1961. The next year, she completed her master’s degree at Radcliffe.

The pamphlet of poetry Double Persephone (1961), published by Hawkshead Press, was her first published work. The Edible Woman, a metaphoric, witty work about the social status of a woman about to marry, was her first book, which she published in 1969.

Atwood also continued to write poetry and published the novels Surfacing (1973), Lady Oracle (1976), and Life Before Man (1980). Several more books followed, but it was 1985’s The Handmaid’s Tale that catapulted Atwood to worldwide fame and acclaim.
In addition, Atwood is a prolific author who has written other works such as Cat’s Eye (1989) and The Blind Assassin. Unlike her previous works of science fiction with real-world parallels, Atwood’s MaddAddam trilogy, which includes Oryx and Crake (2003), The Year of the Flood (2009), and MaddAddam, was released in the new millennium (2013).

In 2016, Atwood collaborated with fellow Canadian artist Johnnie Christmas on the graphic novel Angel Catbird, which follows the super-heroic exploits of a genetic engineer who transforms into part feline, part owl.

Margaret has an estimated net worth of around $20 million.

She won YWCA Women of Distinction Award, 1966, 1988; for The Handmaid’s Tale Union Prize for poetry, 1969; Bess Hoskins Prize for poetry, 1969, Governor General’s Award, 1966, for The Circle Game, and 1986, 1974; City of Toronto Book Award, Canadian Booksellers’ Association Award, Radcliffe Medal, 1980; Life before Man selected a notable book of 1980, Guggenheim fellowship, 1981; named companion, Order of Canada, 1981; Book of the Year Award, Periodical Distributors of Canada/Foundation for the Advancement of Canadian Letters, 1983, for Bluebeard’s Egg, and Other Stories; named Woman of the Year, Ms. magazine, 1986

In the year 1968, Margaret Atwood married Jim Polk, an American writer. However, in 1973, the pair divorced. She had previously married fellow author Graeme Gibson shortly afterward and moved to a farm near Alliston, Ontario, with their daughter Eleanor Jess Atwood Gibson in 1976.

She stands 5 feet 7 inches tall and weighs 65 kilograms. She has grey hair and greyish-green skin, too.