Maria Brink has been a single mom to her kid since she was a teenager.

Maria Brink, the frontwoman of In This Moment, gave birth to a boy when she was just 15 years old. His birth served as a wake-up call for her, allowing her to get her life in order. Now, the mother and son communicate with one another through the arts of expression and performance. 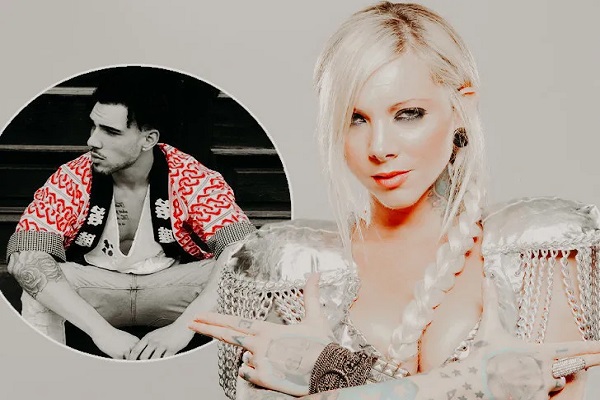 Maria Brink, the frontwoman of the heavy metal band In This Moment, overcame the challenges of being sexually assaulted by her father and dealing with a drug addict mother to create a better life for herself and her son.

Brink, a single mother of one, regarded her son’s birth as a watershed moment in her life that enabled her to escape the terrible path she had been on.

At the age of 15, Brink became a single mother

The ‘In This Moment’ singer did not complete high school because she became pregnant at the age of 15 when she was in ninth grade. She went out on her own and worked at a local laundromat to help support herself and her son.
Even though life as a single mother was difficult, Brink never regretted being one at such a young age since her kid provided her with the strength she needed.

She talked about how her son saved her in an interview with the Times Union.

“It was the most beautiful thing that could’ve happened to me because I think I was on a dark road, and my son gave me the strength and the inspiration. “

The 43-year-old metal vocalist is not married and has never been married. She has been Davion’s single mother for the past 28 years and has kept his father’s name a secret.

In this song, she tells her story of sexual abuse

Brink penned ‘Daddy’s Falling Angel’ for her band’s first album, Beautiful Tragedy, released in 2007, in which she talked about her painful background of her father’s abuse when she was a youngster. It also describes how he later abandoned her and her mother.
Although the metal singer’s mother was always there for her, she struggled with drug addiction at one point. During those trying times, her grandparents encouraged and supported her, and she was able to assist her mother in overcoming her heroin addiction.

The Son of a Singer Is a Fashion Designer

She has an artist son with whom she interacts through expression and performing arts, in addition to supporting grandparents who attend her show and a supportive free-spirited mother who has been by her side through thick and thin.
Brink’s son Davion is not a singer, but he is a fashion designer with his own clothing line, Etrice. He describes himself as a fashion artist, creative director, entrepreneur, and brujo, according to his Instagram bio.

His debut creative event, dubbed ‘SYNTHESIS,’ took place in October 2020 at Electric City Couture, with his mother serving as a co-producer. Alyssa Objio, who also happens to be Davion’s girlfriend, was the event’s visual artist.

The fashion designer has stated that he is a mixed-race man. Despite the fact that his father’s identity is secret to the general public, he could be aware of it.

Related Posts of Maria Brink has been a single mom to her kid since she was a teenager.