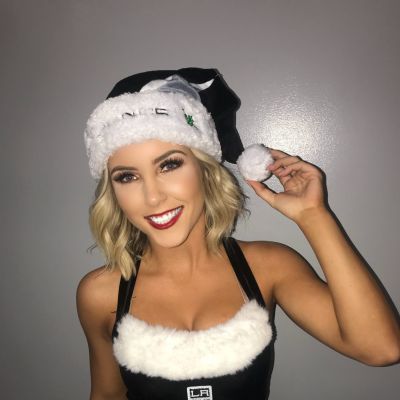 Do you know Who is Marissa Torres?

Marissa Torres is a PIX11 weather reporter who recently welcomed her second child. Even though her first education had nothing to do with TV news, as she studied anthropology and biology, Marissa quickly realized that her job should be related to living to broadcast.

She received the necessary education and went on to become an anchor, forecasting weather on the morning news block on PIX11. Let’s learn more about her husband, children, family, net worth, and other details.

Marissa Torres was born on June 3, 1985, in Grosse Pointe, Michigan, USA, and has three siblings with whom she maintains warm and strong relationships, as well as being very close to her parents, the names of whom are unknown.

She explained that they arrived at their new home when Marissa and her husband had just moved there and both of their children became unwell. Her parents helped the couple through their difficult times by helping around the house, making some simple meals, and buying more pizza when the fridge was empty. Marissa stated that she will never forget her parents’ generosity to her and her family.

Marissa attended a local high school in Michigan before enrolling at the University of Michigan, where she earned a BA in Anthropology-Zoology with a minor in Spanish. In a short length of time, she realized she had a passion for writing and storytelling, so she enrolled in The Newhouse School at Syracuse University, where she studied writing. She was prepared to work as a news writer on television after college, which she did.

Marissa began dating Kevin Savitskie in 2005, according to the information she provided on her Instagram account. They lived together for a long time, but it wasn’t until ten years after their first date that they married on April 25, 2015, in a formal ceremony. Marissa wore a lengthy wedding gown, while Kevin sported a sophisticated black suit.

On June 27, 2017, they welcomed their first child, Thomas Torres Savitsky. She claims that she fell in love with her son at first sight and has thoroughly enjoyed her parenthood. Marissa stated in 2018 that she was expecting another child, a son, based on the ultrasound procedure.

Marissa gave birth to their second son, Mateo, on December 9, 2018. She never stopped working and managed to balance her profession and motherhood. Despite having two small children, Marissa and her husband travel frequently, diversifying their weekdays.

Thomas made his first cameo appearance with his mother as she was reporting for PIX News in September 2017.

Marissa’s annual pay might be up to $85,000, according to multiple credible sources. Her total net worth is reported to be more than $700,000, and she recently purchased a home in Manhattan with her husband Kevin. Marissa’s net worth will continue to rise as she continues to work as a meteorologist at PIX11.

Marissa was hired as a news journalist at WCIA 3 News, a CBS station in Central Illinois. She worked as a reporter and anchor in Springfield for three years before being hired at KOB-TV in Albuquerque, New Mexico. She worked there from 2011 to 2012 before moving on to KOAA Colorado Springs in 2012, where she remained as a reporter and anchor until 2013.

She is a pet owner with a cat named Charlie and a dog named Abigail at their new West Village home in Manhattan. Marissa enjoys swimming with her older son, Thomas, and spends their free time in the pool teaching her son how to swim. They also adore going to the beach and spending their vacations and weekends there. Marissa enjoys athletics and spends a lot of time in the gym to stay in shape after two successful pregnancies.

In terms of attire, she prefers to wear gowns that flatter her slim body. She always dresses up for the cameras. In her daily life, she prefers comfortable casual, and sporty clothing.