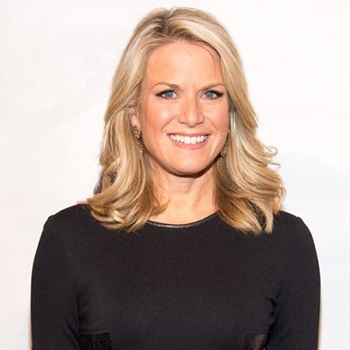 Martha MacCallum is a Fox News anchor in the United States. She is presently the host of The Story with Martha MacCallum, a Fox News talk show. The American anchor, who previously worked for CNBC, joined Fox News in January 2004 and has been with the network ever since. She has worked as a host on Trace Gallagher’s The Live Desk and Bill Hemmer’s America’s Newsroom.

Martha Matthew MacCallum was born in Wyckoff, New Jersey, on January 31, 1964. Douglas C. MacCallum Jr. and Elizabeth B. MacCallum are her parents. Her nationality is American, and she is of white ethnicity.

Both of her parents were Brown University graduates. In April 2013, MacCallum’s mother died of breast cancer.

Martha graduated from Franklin Lakes’ Ramapo High School and went on to St. Lawrence University, where she earned a bachelor’s degree in Political Science. Following graduation, MacCallum went to Circle in the Square Theater in New York to study acting and directing.

What Did She Do Before Becoming a Journalist?

From ‘The Wall Street Journal’ to ‘Fox News Channel,’ there’s something for everyone.

After training at the Circle in the Square Theater School, Martha MacCallum formed the Miranda Theater Company in New York. Her professional career began as an associate in Dow Jones and Company’s corporate relations department.

Following that, Martha was employed by WPXN-TV, a New York-based sports and business network. She worked for WBIS-TV as an anchor and reporter, and she appeared on several of their shows.

MacCallum was later summoned to the CNBC Channel. She worked as an anchor and reporter for CNBC’s Morning Call with Martha MacCallum and Ted David.

Before anchoring and producing Checkpoint, an evening show that explored the business of security and war, notably the Iraq War, she contributed frequently to The News with Brian Williams, Today, NBC affiliates, and CNBC World.

She also developed the Business Center series Inside the Business. As of today, the show has been canceled.

Martha began working for Fox News in January 2004 and is stationed in the New York City bureau. She used to be a co-host on The Live Desk with Trace Gallagher.

MacCallum was the anchor for the FOX Channel’s coverage of the Duke and Duchess of Cambridge’s first child’s birth from London, as well as the coverage of the 2004 and 2008 presidential elections.

MacCallum was also in charge of covering key worldwide and national events such as Hurricane Katrina, Pope John Paul II’s funeral, and the Royal Wedding.

Martha appears frequently on the late-night parody show Red Eye with Greg Gutfeld. Prior to the show’s discontinuation in 2017, she was a regular contributor to Bill O’Reilly’s show The O’Reilly Factor.

When Bill O’Reilly, the show’s anchor, was proven to have engaged in sexual harassment with coworkers at a business, Fox News terminated the show in 2017. Fox eventually ended his contract and cancelled the show.

Martha MacCallum’s latest show, The Story with Martha MacCallum, premiered in 2017. Will’s contract with Fox News was renewed in 2017, and she will continue to contribute to the network’s election coverage. She was also named the host of a new Fox News Channel program, The First 100 Days, which premiered on January 9 of that year. After Megyn Kelly departed the network for NBC, the show was developed as a substitute for Tucker Carlson Tonight, and it took the time slot of The Kelly File.

Martha MacCallum’s net worth as of December 2019 is $8 million. She has amassed a sizable net worth as a result of her journalism career. With a $700,000 annual pay, she is one of Fox News’ wealthiest journalists.

She has twice received the Gracie Award for Women in Journalism and the Soldiersocks Commitment to Serve award.

Her family and she lives in a luxurious home on Cape Cod. The property is said to be as large as many people expected it to be, and the design and interior decors are very stunning. The house was built in the 1960s and was quite old. After purchasing the property from the previous owner, MacCallum renovated it.

The Personal Life of Martha MacCallum: Who Is Her Husband?

Martha MacCallum is a mother of two children and a married woman. On August 22, 1992, she married Daniel John Gregory at St. Elizabeth’s Church in Upper Montclair, New Jersey. Harry MacCallum Gregory and Edward Reed Gregory are their two sons, while Elizabeth Bowes Gregory is their daughter (born in 1996).

Since their wedding, they have been blissfully married. The pair has been married for a long time and there has never been any news of a divorce. With her husband and children, she lives in Chatham, Massachusetts.

Daniel Gregory, her spouse, is a successful businessman and investor. He is a Villanova University graduate. MacCallum is from Wyckoff, New Jersey, and he is from Montclair, New Jersey.

Gregory Packaging Inc., based in Newark, New Jersey, is his company. Suncup juice is produced by the firm, which has a diverse product line aimed at health care, K-12 education, and day care centers.

She manages to stay healthy and fit while juggling her family and profession. Martha has a large fan base and is a well-known anchor, prompting many people to read her biography, look at her photos, and learn more about her life. She will undoubtedly continue to have an impact on the Fox Channel for a long time.

Following her departure from CNBC, she joined Fox News.

MacCallum began her professional career as a reporter at Corporate Finance Magazine.

To make ends meet, the reporter worked as a waiter at first.

Her family has been afflicted by breast cancer; her mother died of it, and her sister is a survivor.

She adores dogs and has a Spaniel named Squire as a pet.

Martha wears a bra size of 34B.

She wears size 8 shoes in the United States.