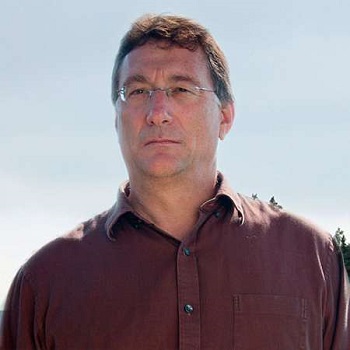 Marty Lagina is a well-known American personality who rose to prominence as the star of The Curse of Oak Island, a History Channel reality television series. Marty appears with his older brother, Rick Lagina, on the show. Lagina Brothers is the name given to the duo. In January 2014, they debuted their show The Curse of Oak Island on the History Channel. The Oak Island mystery is featured in their reality series, which depicts efforts to find historical artifacts and treasures. Marty Lagina, a former engineer, began his career working for several of Michigan’s largest gas operator companies. In Villa Miri, Michigan, he now owns his vineyard. His vineyard produces world-class red wine that is well-known throughout the globe.

In terms of her personal life, Lagina is married to Olivia Lagina, with whom she shares two children, Alex and Maddie Lagina.

Marty Lagina was born in the Upper Peninsula of Michigan, in the town of Kingsford. He is a professional engineer who has worked in the energy industry. He was born in Kingsford, Peninsula, on August 26, 1955, to George Lagina and Ann. C Lagina.

Furthermore, an article published in Readers Digest inspired him and his brother Rick.

Marty Lagina went to his hometown’s high school in the Upper Peninsula. After that, he enrolled at Michigan University and graduated with a degree in Mechanical Engineering. He was a member of Tau Beta Pi and Pi Tau Sigma during his college years.

He began working as a petroleum engineer at Amoco Production Company after graduating with a degree in mechanical engineering. Lagina eventually rose to prominence as a popular engineer in Michigan corporations.

The series follows two brothers as they attempt to solve the Oak Island mystery with the help of cutting-edge technology and international experts. The Lagina Brothers are working to find the treasure or artifacts that are rumored to be buried on Oak Island.

The two brothers’ main concerns are the island’s history, the discoveries made while searching the island, and their attempts to solve the mystery of Oak Island.

The brothers were allegedly interested in researching the island after reading a feature article in the January 1965 issue of Reader’s Digest magazine about the Restall family’s efforts to solve the mystery of Oak Island.

They were approached by Prometheus Entertainment after acquiring a controlling interest in Oak Island Tours, which led to them doing the reality show for which they have become famous. To find the hidden treasure, they team up with Don and Dave Blankenship, a father and son duo who live on the island.

His knowledge isn’t limited to his appearance on the reality show; he also has a passion for winemaking. As a result of his family’s ties to Italy’s best wine-growing region, he is involved in producing world-class red wines at Villa Mari. The Villa Mari, which is located in Michigan, is a nod to his Italian ancestry. Marty makes the majority of Villa Mari’s important decisions.

Salary, Net Worth, and Income Sources

According to Celebrity Net Worth, Lagina has a net worth of $100 million as of February 2021, thanks to his winemaking expertise and regular appearances on one of the most popular shows on the history channel. Rick Lagina, Marty’s brother, is worth $2 million.

Marty Lagina earns a lot of money thanks to his family business and reality show. They signed a $1.3 million deal with Nova Scotia to produce their reality series in 2016. He and his brother previously owned Terra Energy, which they later sold to CMS Energy for $58 million. More details about his property, house, and car are still unknown. He is active on social networking sites, and additional information about him can be found on a variety of biography websites.

Marty Lagina is a husband and father. He has been married to Olivia Lagina for many years. Before getting married, the husband and wife dated for several years. For more than two decades, the couple has been happily married.

Marty and Olivia Lagina are ecstatic about their relationship. Alex Lagina, a son, and Maddie Lagina, a daughter, are their two young children.

Alex Lagina, their son, is a reality TV star who, along with his father and uncle, appears on The Curse of Oak Island. He attended Michigan University and graduated with honors. He returned to his hometown after graduation to support his family’s business.

Furthermore, the couple was rumored to be divorced in 2017, but the rumors were unfounded, as they are still together and living happily ever after. And it’s been a long time since the two have been on the same marriage path without a fight.

Olivia Lagina, Marty’s wife, is also a Michigan professional engineer. She used to work for the Michigan-based wiser Oil co. ltd. Lagina graduated from Reuters College after attending Ewing High School in Michigan. She is now responsible for her family’s business as well as her children’s.

Moreover, the brothers worked hard on the show to find the treasure, but Rick never watches because he dislikes watching himself on television. “, he explained.

“I am dead serious.” We’re just a couple of Yooper boys, and it’s difficult, in my opinion, to watch yourself on TV. That does not appeal to me. However, I am a huge supporter of Oak Island and believe in it.”

1. How much money does Marty Lagina have? What was his source of income?

As of February 2021, Lagina has a net worth of $100 million. His family’s business and his reality show provide him with a sizable income. They signed a $1.3 million deal with Nova Scotia to produce their reality series in 2016. He and his brother Rick Lagina also owned Terra Energy, which they later sold for $58 million to CMS Energy.

2. What is Marty Lagina’s age?

3. Who is the wife of Marty Lagina? Is he the father of a large family?

4. What is Marty Lagina’s height?