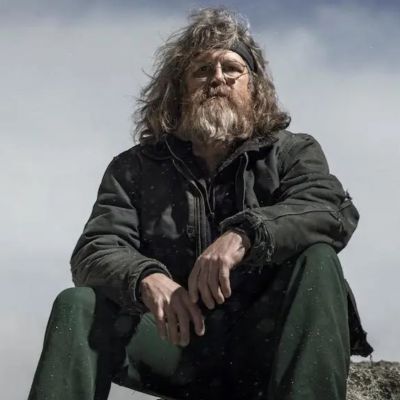 Do you know Who is Marty Meierotto?

The History Channel has a knack for highlighting unusual lifestyles and careers. While mainstream society may find these shows bizarre and outlandish, they bring attention to real-life struggles; History Channel’s “Mountain Men” is no exception. Marty Meierotto is one of the fortunate people featured in this show, whose income is supplemented by the show. Marty, a husband, and father, divides his time between his home in Two Rivers, Alaska, and his remote mountain cabin. Meierotto, a fur collector, must keep his animal traps running all year to ensure that his family can eat.

Marty Meierotto was born to Thomas and Karen Meierotto in Northern Wisconsin, USA. He has one sibling, Jeff, who lives nearby and works on airplanes for a living. Although his father’s primary occupation is unknown, he was also a fur collector. Marty first realized he wanted to follow in his father’s footsteps and enter the fur trade when Thomas took him to check their trapline in Wisconsin. He maintains a close relationship with his brother.

Although we don’t know much about his formal education, we do know that he learned all of his survival and trapping skills from his father. Various trips into the Wisconsin wilderness with his father taught him everything he needed to know to run a successful fur trading business.

Marty and his brother decided to relocate to Alaska after feeling suffocated by the stiff competition in the Wisconsin fur industry and its limited resources. In 1985, the two drove up to Alaska, where they planned to restart their lives.

Marty had to work multiple jobs and live in a tent at first because opportunities in Alaska were limited. In Fairbanks, he worked as a janitor, logger, and construction worker. This enabled him to save enough money to eat, buy fur traps, and build a cabin for himself.

Meierotto was eventually able to quit his jobs and devote himself entirely to fur trapping. He built three more cabins along his trapping line, selecting the best locations for his work.

He collects fur during the winter months, from November to March, with a focus on lynx fur, which is considered among the best quality fur found in the wild. While it typically has a mixture of black and brown spots on a white background, its value increases exponentially as the fur becomes whiter. Despite the intense menial labor involved in the trapping and collecting process, lynx fur only costs about $70. This means Marty must create a large number of trappings to support himself and his family.

Fur collecting is not a job that Meierotto can do all year because the quality of fur is so dependent on the weather. Marty works as a smokejumper for the Alaskan fire service during the summer months, which generally run from April to October. This means that Marty is deployed to parachute into fire scenes and begin the process of putting them out.

Noah Jane, the couple’s daughter, was born in 2006. Even though his fur trapping takes a toll on family life (he spends every other fortnight on the slopes during winter), he remains close to his family. His daughter, by all accounts, intends to follow in her father’s footsteps. Marty appears to be looking forward to some company while foraging in the snow.

Meierotto appears to be a true mountain man in every way. With his long hair and virulent beard, both of which are more grey than brown at this stage, he embodies everything one would expect from a fur trapper.

He has brown eyes and a fit body, as the physical demands of fur trapping would demand. His body measurements have not been revealed, but he is fit and strong, with an average build.

Marty, who is no longer a member of “Mountain Men,” must now rely solely on his profits from the fur trade and his work as a smokejumper to support his family. Fortunately, he has amassed enough funds to keep him afloat for the time being thanks to the show. Meierotto has amassed a net worth of more than $150,000 as of mid-2020, which is quite impressive for a man in his trade.