Matthew Gray Gubler is not a homosexual! 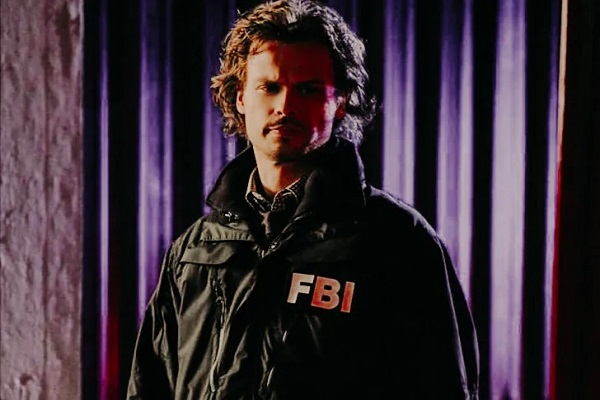 On the hit TV show Criminal Minds, Matthew Gray Gubler, who played Dr. Spencer Reid, became embroiled in allegations of being gay.
The actor from Suburban Gothic, on the other hand, debunked all gay rumors with a tweet in 2011 and through his dating relationships with women.

The 40-year-old actor admits to being on “spectacular” dates. “I’m a wonderful dater! I don’t go on a ton of dates, but when I do, I want to make dates incredibly amazing.” – He told Glamour magazine.

That being said, his dating list encompasses celebs – he had dated Kat Dennings, a prominent American actress, back in 2007 before splitting after a few months. Despite the break-up, they remain excellent friends.
Similarly, the Las Vegas native was also in a long-term romance with model Charlotte Kemp Muhl in 2004. After that, he dated Cobra Starship keytarist Victoria Asher about 2008, Portuguese actress Marisa Morris around 2009, and American model Ali Michael around 2010.

Interestingly, the Criminal Minds star was also linked with American singer-songwriter Taylor Swift for a few months in 2013.

As of now, he seems single, as he has said nothing about his personal life. But all of his followers are impatiently anticipating when and with whom the attractive hunk will settle down and start his family.

Gubler is clearly not gay, as evidenced by his long list of girlfriends [mentioned just above].

But if that’s not convincing enough, consider the horse’s own words. He clarified his sexuality in a tweet dated January 14, 2011, saying he was only romantically interested in women.

Is Matthew Gray Gubler married or has he never been married?

Despite the fact that Matthew Gray Gubler had a slew of girlfriends and was linked to a slew of women over the years, news of his marriage has remained a closely guarded secret. That could be due to the fact that he has never married before.

He was born into a family of political consultants.

Matthew was born in Las Vegas, Nevada, in 1980. Every 9th of March, he celebrates his birthday.

John Gubler, his father, is an attorney, and Marilyn Gubler, his mother, is a rancher and political consultant. Laura and Maxwell Kelch, the founders of Las Vegas’ first radio station, Keno, are his grandparents.

The actor has a brother who appeared in Whirlwind Heat’s Reagan music video, which he directed. He also has a sister named Laura Dahl, who works as a fashion designer in New York.