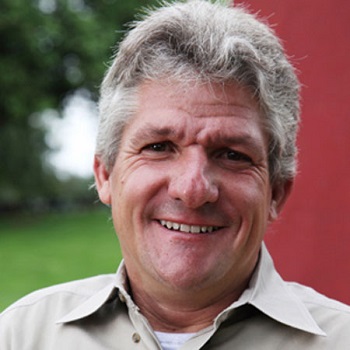 Matthew Roloff’s life wasn’t always easy; he had to undergo 15 surgeries to overcome Diastrophic Dysplasia, a condition that affected his bone development and eventually led to dwarfism. But, as the saying goes, nothing is impossible, and Roloff put in a lot of effort to become a successful person who inspires a lot of people. He became famous as a result of his reality show Little People, Big World, but he is also a motivational speaker, author, farmer, and business entrepreneur.

Matthew Roloff was born in San Francisco, California on October 7, 1961 as Matthew James Matt Roloff. Peggy Roloff and Ron Roloff are his parents. Roloff’s life was not easy because he was born with diastrophic dysplasia, a condition that affects bone development and necessitated 15 operations as a child.

From the 1985 television film Ewoks: The Battle for Endor, Matthew Roloff began his acting career. In the film, he played an Ewok. However, he was unable to continue his acting career and instead worked as a computer programmer for Silicon Valley firms. When Roloff’s job opportunities with Sequent Computer Systems improved, he and his then-wife Amy Roloff relocated to Portland, Oregon.

With the reality show Little People, Big World, he captured the public’s attention in 2005. The series’ pilot aired in March 2005, and the first season aired a year later on TLC Network in March 2006.

The reality series depicts the Roloff family’s daily life and struggles at their farmhouse in Helvetia, Oregon. The 34-acre farmhouse, which is frequently featured on the show, was purchased by Matthew and his wife Amy in 1990.

Roloff worked a variety of jobs in addition to the reality show. At the end of the first season of Little People, Big World, he was seen working as a consultant for Amdocs, a computer sales company. The audience was introduced to a completely new subject with the reality series, which eventually became a hit.

The show completed its sixth season in 2010, and after a hiatus, they returned in 2012 with the spin-off Little People Big World: Wedding Farm. The series is still airing on the TLC Network as of 2018.

Aside from the reality show, she has published three books to date. Here is a list of his published works.

Against All Odds: Being a Goliath in a World of Goliaths (1999)

Little Family, Big Values: Love, Respect, and Understanding Lessons for Families of All Sizes (2007)
Big Race, Little Lucy (2018)
Roloff is also a co-founder of Direct Access Solutions, a company that specializes in accessibility products for small people. He is also a member of the National Speakers Association and a motivational speaker.

So far, the reality star has appeared in commercials for Tyson Foods, Walmart, the Manitoba Childcare Association, the Illinois Holocaust Museum and Education Center, and a number of other companies. Roloff has also appeared on the Oprah Winfrey Show, Chelsea Lately, Good Morning America, and other talk shows.

As a reality star, author, business entrepreneur, motivational speaker, and farmer, Matthew Roloff is a multitalented personality. According to some reliable sources, he has amassed a net worth of $4.5 million.

Since the beginning, Roloff has been a main cast member of the Little People, Big World show. He is paid a growing salary for his appearance on the show. His estimated salary for the 12th season is around $120,000 per episode as of 2018.

He earns a small amount of money from his other jobs in addition to his acting roles, which contributes significantly to his incredible net worth of $4.5 million.

Matthew Roloff was previously married to Amy Roloff, a reality star. In 1987, the former couple met at a Little People of America convention. The couple married on September 12th of the same year, just a few months after they became engaged. Matthew and Amy are both born with dwarfism. The former is 4 feet (1.22m) tall, while the latter is 4 feet 1 inch tall (1.27m).

In 2015, the couple announced their shocking divorce. The news came as a complete shock to the fans, as they appeared to be a perfect match. However, their divorce was finalized in 2016, and the couple’s 27-year marriage came to an end. Matthew and Amy have four children: twin sons Zachary and Jeremy Roloff, born in 1990, a daughter Molly Silvius, born in 1993, and another son Jacob Roloff, born in 1997. Zachary, like his mother Amy, has achondroplasia, which causes dwarfism, but the other three children are healthy and of normal height.

Both have moved on with their respective partners following the divorce, but they remain on good terms and collaborate on their farm and show. Since 2016, Roloff has been dating his girlfriend Caryn Chandler.

The actress is involved in a number of charitable organizations. He is the former president of Little People of America, a non-profit organization. He works to make the lives of little people like him easier through his organization Direct Access Solutions. Roloff flew to Iraq in 2008 to provide medical assistance to a family with three dwarf children.

Roloff was charged with driving under the influence of alcohol in 2003, but the charges were dropped after he agreed to participate in and complete an alcohol division program. When he was caught driving outside the lane in 2007, he was charged with DUI once more. Roloff was found not guilty of the charge because a witness testified that he had not consumed any alcohol that night.

In 2013, the Roloff family filed a lawsuit against a Washington County, Oregon building inspector who entered their home without a warrant or permission.