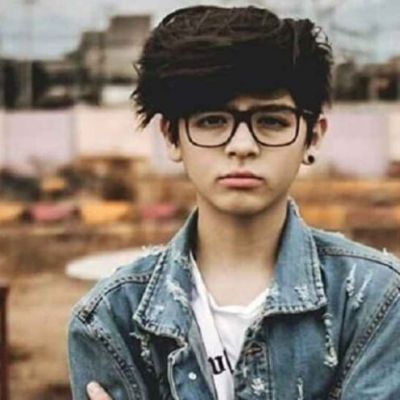 Do you know Who is Max Valenzuela?

There is no doubt that he has amassed a sizable fortune through his profession in terms of earnings and net worth. He can manage his finances at such a young age, which is a significant achievement in his own life. He has not, however, disclosed his exact earnings to the public. As a result, no information about his earnings is available.

Max Valenzuela was born in Santiago, Chile on March 22, 2004. In 2020, he will be 16 years old, and his zodiac sign is Aries. His nationality is Chilean, but he is of unknown ethnicity. Alejandro Maximiliano Valenzuela Morales is his full name.

Max’s parents’ names are Aldo and Fabiola. Josefa and Florencia are his younger sisters, and Aris and Taylor are his older sisters. There is no information available about his educational history.

His personal life is shrouded in mystery. He is thought to have dated a social media star named Ignacia Antonia. He doesn’t appear to be dating anyone at the moment. Max is most likely single right now. Similarly, he has not been the subject of any dating rumors until today.

Max is a charming young man with a handsome face. He stands 5 feet 5 inches tall and weighs approximately 53 kg. He also has light brown eyes and brown hair. His other body measurements are unknown.

In February 2017, he launched his Instagram account. He became well-known in the country as a result of his fashion modeling and personal lifestyle photo blogging. Max wanted to sing because it would be the first step in his musical career.
“Te Encontré,” his debut song as a singer, was released in September 2018.
He launched his self-titled YouTube channel on August 6, 2017. Max hasn’t uploaded any new videos to his YouTube channel. ‘Max Valenzuela – Te Encontré (Official Music Video),’ ‘Max Valenzuela – Solo Conmigo (Official Music Video),’ and ‘Max Valenzuela – Girl (Video Official)’ are some of his most popular YouTube videos.
“Music has always been an important form of expression for me; I adore it. “I listen to music all day, different styles, from trap to rock, I do all that to get to know,” said Max, who has three songs and two video clips on YouTube, one of which (I found you) has over 18 million views. He’s also written six songs, and he’s “overjoyed,” he says.
Despite gaining thousands of followers (dubbed “maxistas”) and virtual fame, he began to receive negative feedback from some users.