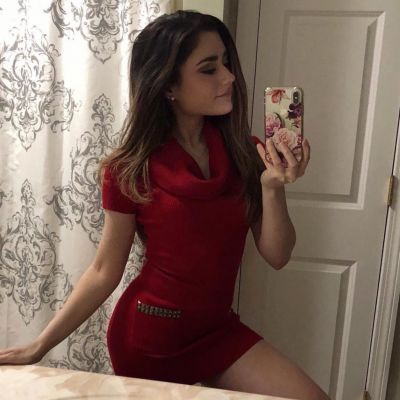 Do you know Who is Melipastel?

Melissa Pastel was born in the United States on 22 January 1994, so she is an Aquarius with American nationality. She is well-known for her Twitch channel, where she usually livestreams while playing her favorite game “The Legend of Zelda,” as well as other games such as “Resident Evil” and “Mass Effect.”

Melipastel began playing video games at a young age, which set her apart from the majority of the girls her age. Melipastel was an avid gamer by the time she reached high school, and while other girls were interested in flirting with boys, going to parties, and buying expensive clothes, Melipastel was playing video games and waiting for new ones to come out. She did, however, spend most of her free time with boys who were gamers, as few girls were.

Melipastel decided that college was not for her and did not enroll in university after she matriculated, instead focusing on her gaming career online – her parents were upset, but they had to accept it because it was Melipastel’s life.

Melipastel’s career began on October 27, 2014, when she launched her YouTube channel with a very short caption reading “Melissa | 23 | New England Twitch Streamer” – she currently has over 10,000 subscribers and over 58,000 views on all of her videos combined. She started the channel with the intention of uploading her gameplays, but she only uploaded four videos before she stopped using it – the last video she uploaded is titled “Melipastel – I’VE LOST MY MIND,” and it has been viewed nearly 25,000 times since its upload on November 16, 2017.

She is currently more focused on her Twitch channel, which has nearly 180,000 followers, which is considered a lot for a Twitch channel – it also has over 2.6 million views from all of her livestreams combined. Melipastel mostly livestreamed while playing her favorite video game, “The Legend of Zelda,” but she has recently started playing “Final Fantasy X/X-2 HD Remaster,” “Fortnite: Battle Royale,” “ASMR,” and “IRL.” She is also a Twitch partner.

She is currently rumored to be dating another YouTuber, but the two live far apart and have allegedly only met once in person. Their online relationship is said to have lasted more than two years, but the popular Twitcher has yet to confirm this.