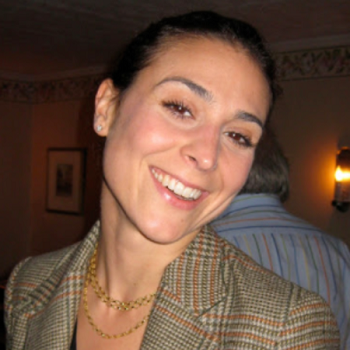 Melissa Lee Baldino is best known as the wife of Christopher Kimball, an editor, chef, TV producer, and presenter. She is an executive producer by trade, having worked on her husband’s hit television show America’s Test Kitchen.

Melissa Lee Baldino, a Boston University graduate, was born in the United States of America in 1976 to Jim J. Baldino and Rike Fossl Baldino. Her ethnicity is Caucasian and her nationality is American.

In terms of her schooling, she completed high school and then went on to Boston University to earn her bachelor’s degree. She will be 44 years old in 2021.

Melissa Lee Baldino is the executive producer of America’s Test Kitchen, a popular television show. Cooks Illustrated magazine and an online culinary school are also part of the Boston-based TV and radio show.

In 2002, she was hired as Mr. Kimball’s assistant. In 2006, she was named executive producer of radio and television programs.

She later became a co-founder of Christopher Kimball’s Milk Street, a multimedia food preparation teaching company founded by his husband.

Melissa Lee Baldino’s net worth is projected to be $500 thousand dollars as of January 2021. The fact, however, has yet to be verified.

The average annual pay of an executive producer in the United States is $99,157,000. As a result, she could be able to add a similar sum of money to her bank account as a wage.

Her spouse, Christopher Kimball, on the other hand, has a staggering net worth of $20 million in 2021. He amassed that substantial fortune through his many careers as an editor, chef, television producer, and presenter.

Oliver Kimball, the couple’s first child, was born on May 4th, 2014. In 2019, Lee Baldino gave birth to their second child, a daughter named Rike Kimball.

Kimball has been married three times before Melissa. In 1987, he married Adrienne Kimball, but the couple divorced in December 2012.

Whitney Kimball, Emily Kimball, and Caroline Kimball are the couple’s daughters, while Charles Kimball is their son. There is no record of his first marriage.