For British-American Model Melissa McKnight, it was a dream come true to marry everyone’s favorite actor Matt LeBlanc, who played Joey Tribbiani in Friends. They were blessed with a baby daughter. 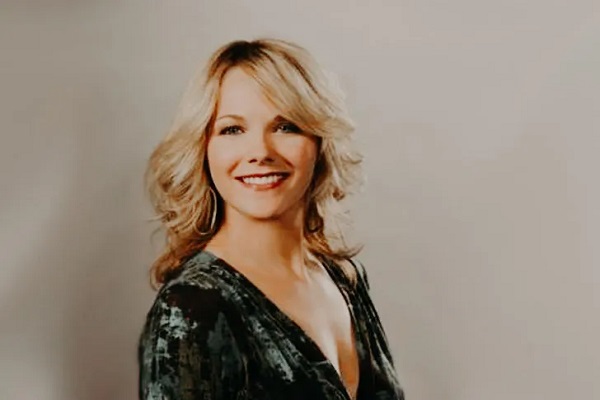 British-American model Melissa McKnight was married to Matt LeBlanc, popularly known as Joey Tribbiani, from the hit series Friends. Sadly, the marriage didn’t last long.
Besides being a model, she is also an actor who starred in the movie Triangles and Tribulations (2001) and TV Series VH1: All Access (2001). (2001). She also appeared in the 31st Annual People’s Choice Awards.

Read on for an in-depth peek into the former model’s life with her former husband, Matt LeBlanc!

McKnight was born on March 10, 1965, in England — she came to the United States at an early age. Thus, she is English by birth and an American by nationality.
The stunning blonde with blue eyes and great physique had everything it takes to be a model.

After entering the business at an early age, she managed to establish herself as one of the best models of the 80s and 90s, where she appeared as the face of the greatest fashion publications such as Cosmopolitan, Elle, Vogue, and many more.

Moreover, she transitioned as an actress in the early century and participated in a few feature films.

However, the former model’s history including details of her parents, siblings, and schooling, is off the public.

McKnight was originally married to filmmaker Anthony Esposito. From the marriage, she became the parent of two children—Tyler and Jacqueline Esposito.

Sadly, the marriage didn’t last and the pair went their ways. But the tide of love wasn’t over for her.

After the divorce, she met the famous Friends star LeBlanc in 1997. The model met him through their common friend, Kelly Phillips, and her husband Lou Diamond Phillips.
From dating to being engaged in under a year, the couple’s relationship evolved swiftly. Five years later, they had one of the biggest celebrity weddings in Hawaii. The 150 guest list featured Matt’s castmates from Friends along with their wives.

The union was the first for the Friends star and later, he could not stop gushing about how his wife made his life a little more stable. Speaking to Entertainment Weekly before their marriage, LeBlanc stated:

“Relationship with McKnight and her children gave me stability. They’re great kids. It’s been a fantastic experience. I’m very grateful for them in my life. Because before them, I was out at the bars, I was chasing chicks all over the place, I had kind of a reputation. “

Marina Pearl McKnight, the couple’s baby daughter, was born in 2004 and brought them true marital bliss.

After 11 months of motherhood, McKnight and her husband were shaken by a family incident.
Their baby girl was diagnosed with Cortical Dysplasia, a rare congenital brain disorder that causes seizures.

The baby girl improved after a year of treatment, and it appeared that the couple had weathered the storm. That was not the case, however.

Divorce of McKnight and LeBlanc

McKnight had the misfortune of having to face a similar fate again in her life after a failed marriage.

Her husband, who had a reputation as a womanizer, went back to his old habits of going to bars. While on vacation in British Columbia with his five buddies, he was caught groping a stripper at an all-nude club. The actor later apologized to his wife, but the damage had already been done.
The actor’s relationship with his co-star, Andrea Anders, was the final nail in the coffin. As a result, he and McKnight filed for divorce in March 2006, which was finalized in September of the same year.

The couple agreed to waive any claims for spousal support, but the Friends actor, who has an estimated net worth of $80 million, agreed to pay a monthly sum until his daughter turned 18.

What is McKnight up to these days?

Marina was given joint custody by her and LeBlanc after their divorce. Their daughter is being cared for by both of them.

Marina hasn’t been in the news much lately. She keeps her personal life private, and there is no word on her relationship. McKnight’s ex-husband, on the other hand, is dating actress and Irish TV producer Aurora Mulligan.