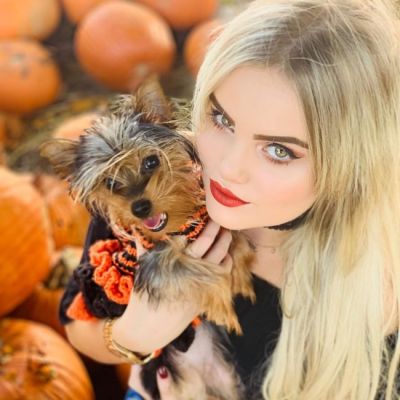 Do you know Who is Mia Diaz?

Mia Diaz, a dancer most recognized for becoming well-known through the television program “Dance Moms Miami,” was born on September 17, 2001, in Florida, the United States. She rapidly increased the number of her fans on various social media platforms after her presence in the show.

A successful dance career has resulted in a net worth of over $100,000 as of mid-2019, according to our sources. She has performed on television as well as taken part in several international contests and events. It is anticipated that as she pursues her goals, her fortune will grow as well.

Mia was first exposed to dancing at a very young age, and by the time she was three, she was already learning how to hone her talent. She was passionate about dancing and continued to practice it over the years. At the age of eight, she started competing in regional dance competitions, where she frequently took first place.

She then participated in the Florida Hall of Fame National Championships as a result. She competed in the solo competition for children eight and younger, where she performed the solo with the highest score, earning her first National Championship. Mia Diaz switched to training at the dancing school “Stars” that year, according to several sources, and it is one of the reasons she won nationals that year.

Diaz subsequently won the title of a young dancer of the year at the Boston-based American Dance Award Nationals. She maintained her winning streak at national competitions, elevating her notoriety to a global level. Many people pointed out that one factor in her success is that she has a predisposition to perform naturally.

Diaz improved her abilities by learning several dances rather than focusing on one. She had training in jazz and contemporary dances, as well as ballet, musical theater, tap, and lyrical dances. She was chosen for the television series “Dance Moms Miami,” a spin-off of “Dance Moms,” due to her prominence. The Miami-based Stars Dance Studio’s co-owners, Angel Armas and Victor Smalley, who have run the facility since 2007, were the subjects of the 2012 television series.

The show focused on the difficulties of managing a dance studio, frequently due to the demands of managers and family members, particularly the competitive mothers of the company’s performers. The film team followed students as they competed in different dance contests in addition to their training and all the drama that takes place in the studio. Sammy Small, Hannah Epstein, and Kimberly “Kimmy” Kopke were among the other dancers who performed in the production. The show had a component called The List that displayed the dancers who performed the best as well as those who needed to improve, and it ran for a total of eight episodes. The program only lasted for one season because it failed to gain any traction.

Despite not enjoying the same level of popularity as the original, “Dance Moms Miami” gave Mia enough exposure to open up new options. She began taking on further dance projects, and she has been highlighted in numerous publications with a dance theme. Since it first appeared as “The American Dancer” in 1927, “Dance Spirit,” a publication of the Macfadden Communications Group, has highlighted her.

Mia decided to pursue various acting jobs to advance her career as a result of her several victories at the national level. In the love story “Parts per Billion,” starring Josh Hartnett, Rosario Dawson, and Teresa Palmer, she played one of her first parts as one of three couples who must prepare for an impending biological onslaught.

Additionally, she made an appearance in the Disney Channel television film “Growing Up and Down,” which follows two kids as they negotiate high school and their parents, who have unexpectedly returned to being teenagers. She still performs at several prestigious dance events.

Though she hasn’t given many specifics about her lover, it is known that Diaz is in a relationship in her personal life. Although he has appeared in several of her social media posts, little else is known about him save those appearances. Her mother, who is extremely supportive and oversees her career, is one of her best assets, according to her. Her family decided to homeschool her so she to handle the demands of dancing.

She is very active online through social media sites, much like many dancers and TV stars. She has more than 360,000 followers on the social media platform Instagram, where she is very active. Mia Diaz frequently shares videos of her performing and practicing, as well as behind-the-scenes images of her career as a dancer. She also has a YouTube account with more than 78,000 subscribers, where she primarily posts videos of herself dancing. Mia Diaz also publishes beauty-related video blog (vlog) postings, sometimes about fashion or makeup lesson videos. In addition to this, she also advertises her posts on other social networks on her Twitter feed, which has more than 54,000 followers.