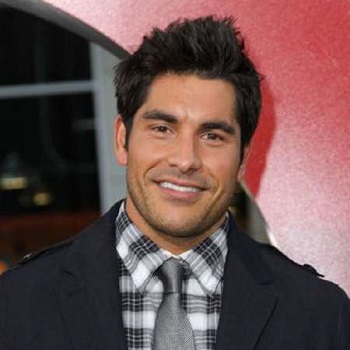 Michael Dwight Catherwood, an American radio personality, was born on March 15, 1979, in Los Angeles, California, United States. He is well known as Psycho Mike and for his previous work at Kevin and Bean on KROQ-FM, as well as his present position as Loveline co-host. Catherwood, who has a sister named Tracy, has lived through difficult adolescent years and has struggled with alcoholism at an early age. The ethnicity is Caucasian and the nationality is American.

Michael Catherwood grew up in the San Marino area of California and attended San Marino High School. He then went to Rutgers University but owing to his drug misuse, he never graduated.

Michael Catherwood began his career in radio as an assistant producer for the Kevin and Bean show. He has also starred in a number of parody commercial songs and has frequently appeared in man-on-the-street segments. He is also a qualified personal bodybuilding trainer and a diet and exercise educator who has appeared on several shows.

Michael Catherwood’s tenure with Loveline began on March 21, 2010, when he was hired as a permanent co-host with physician anchor Dr. Drew Pinsky. Catherwood frequently emphasized his experience as a drug user in order to educate and inform the youth about the dangers of substance misuse. In January 2015, Dr. Drew and his co-host Mike Catherwood began a new show called Dr. Drew Midday Live with Mike Catherwood. On March 16, 2016, Catherwood stated on Loveline that he will be leaving the show at the end of the month.

Along with Jesse James, Paul Teytul Jr., and Paul Teutul Sr., Michael Catherwood appeared on season six of The Bad Girls Club and hosted the American Chopper, a live bike building competition show called “The Build-Off.” From December 6, 2011, the show aired on Discovery Channel. In 2012, Catherwood appeared on Fox’s dating show The Choice. He was selected the host of Chain Reaction, a GSN game program, in the fall of 2014. He also appeared on Undateable as a guest star.

Catherwood married actress Bianca Kajlich on December 16, 2012. He met his wife on an episode of Loveline, and the couple welcomed their first child in 2014. His net worth and salary have yet to be revealed by any source, whereas his wife’s net worth is estimated to be $3 million.