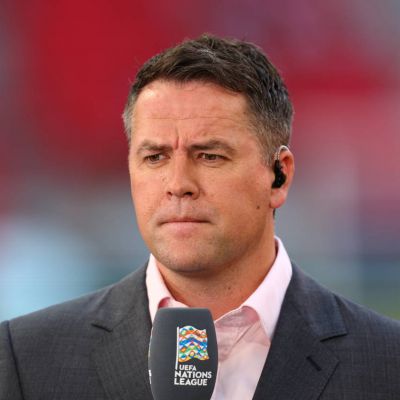 Who is Michael Owen? Bio, Age, Wiki, Net Worth, Height

Do you know Who is Michael Owen?

At Manchester United in 2011, he captured his first Premier League championship. He debuted at the senior level on the international stage in 1998. Michael Owen made 482 club appearances across all leagues and competitions, scoring 222 club goals. He played 89 times for England’s national team, recording 40 goals.

Numerous awards have been given to Owen personally, including the famous Ballon d’Or in 2001. In 2014, he was admitted to the English Football Hall of Fame. After retiring, he started breeding horses and working as a sports broadcaster and pundit.

On December 14, 1979, Michael Owen was born. Michael James Owen is his real name. Chester, England, is where he was born. He is of English descent.

His parents are Terry Owen, his father, and Jeanette Owen, his mother. Andrew, Karen, and Terry Jr. are his three siblings. He practices Christianity and is of the white ethnicity.

Michael Owen is a husband and father. His wife’s name is Louise Bonsall. In 1984, the couple met in first grade. On Valentine’s Day in 2004, the couple got engaged. On June 24, 2005, they made their union official. James Michael, Emily May, Jessica, and Gemma-Rose are the couple’s 4 children.

He has several residences in Ewloe. His cars and horses are kept at Lower Soughton Manor in Flintshire, North Wales, which he purchased.

One of the best players in the annals of European football is Michael Owen. During his prime, he was the highest-paid football player. He received a salary of millions. Michael Owen was a successful football player who also made money through endorsements and sponsorships.

He has a helicopter and various automobiles. He represented the British bookmaker Colossus Bets as a brand ambassador. In 2001, he served as the model for the breakfast cereal “Nestle Sporties.” He has a £1 million endorsement deal with Persil laundry detergent. Michael Owen has served as a Tissot watchmaker’s ambassador since 1998. He is bound by a contract with Jaguar. In 2022, he was named the crypto casino Punt’s global brand ambassador.

His current net worth is thought to be $68 million.

1.73 meters is the height of Michael Owen. He weighs 70 kilograms in total. His physique is athletic. His hair is a deep brown tint, and he has brown eyes.