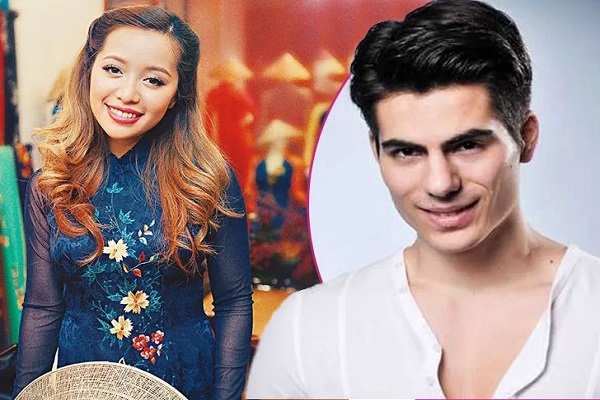 Michelle Phan and her lover Dominique Capraro appeared to be inseparable a few years ago.

The couple was open about their love and even appeared in videos together, sharing private moments, answering sensitive questions, and filming a short romantic film, all of which were uploaded to Phan’s hugely popular Youtube Channel.

There have been no additional updates on her romance with Swiss model Dominique after her hiatus. She has also ceased discussing her personal life in public, presumably to keep it private.

Does this, however, imply that they are no longer together? Or are they simply keeping their romance private, as it should be?

Michelle Phan and Dominique Capraro met for the first time in a Paris café. As Phan described in her Valentine’s Day video from 2014, their initial meeting was nothing short of a serendipitous encounter.

Phan was out exploring Paris after work on a gorgeous summer day. She wanted to sample a “genuine Parisian cafe” because it was her first time in the city.

When she got into one of them, she couldn’t find the words to describe what she saw on the menu. Everything was written in French, and she couldn’t make out what she was supposed to order. Capraro stepped in just in time to save her, and the rest, as they say, is history.

Capraro assisted her with her meal order, and the two struck up a conversation. They stayed at the cafe for a few hours and swapped phone numbers and emails to stay in touch before she flew back to the United States the next day.

Phan missed him on her return flight, and it was at that time that their long-distance love began. After their initial encounter, Phan claimed in the video description that they were apart for two years while in a long-distance relationship.

They later met in Paris, where they shared their first kiss beneath the Eiffel Tower. Despite the fact that the two didn’t marry straight immediately, they weren’t afraid to show their passion for each other in public.

Since then, they’ve recorded each other in cosmetics tutorials and Q&As, and they’ve appeared to be a happy couple with great chemistry. The content featuring Capraro is among Phan’s most popular. All of that came to a standstill in 2015 when she removed herself from the internet.

There are no specific responses to the question. Nonetheless, we can infer whether their connection is still alive based on her recent activities.

Capraro has been missing from all of her footage since the YouTube sensation vanished from the public eye and stopped publishing videos. On January 23, 2015, he made an appearance on Phan’s channel in a Q&A video titled “MishDom Q&A.”

The makeup artist took a break from everything and traveled to other parts of the world to deal with her sadness while she was gone. On June 1, 2017, she even released a farewell video, stating that she would return to the platform only when she had new and exciting ideas to share with her followers.

She relaunched her channel on June 1, 2019, exactly two years after her farewell video. But things weren’t going to be the same when she departed.

The Q&A videos with her partner were one of the things the social media star stopped doing. This raised a lot of eyebrows and left a lot of her fans wondering if she and her boyfriend were still together.

Phan, on the other hand, has been incredibly quiet since rebranding her YouTube account. According to Dailymail, the beauty artist stated in 2017 that she does not have a husband or children. However, no one knows if anything has changed on that front as well.

Phan’s Wikipedia page’s ‘Personal Life’ section verifies our suspicions that she prefers to keep her connection with Capraro private.

However, the article cited by Wikipedia as the source for this statement goes to a website containing her Nylon magazine interview. We recommend treating this item of information with a grain of salt because the source does not appear to provide any such details.

However, these are only guesses, and it’s difficult to say whether they’re simply keeping their relationship hidden or have moved on. As of 2021, there is no information on Michelle Phan’s boyfriend.

Michelle Phan’s net worth is believed to be $50 million, according to celebsnetworth. And we hope her personal life is just as exciting as her work life.