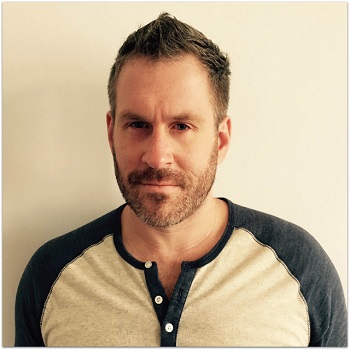 Mike Cernovich is a blogger, conspiracy theorist, and social media personality from the United States. He is well-known for founding the ‘Danger & Play’ self-improvement website. In addition, he promotes conspiracy theories like Pizzagate. Cernovich currently serves as a regular host on InfoWars’ The Alex Jones Show.

Mike Cernovich was born Michael John Cernovich in the United States on November 17, 1977. In the farming town of Kewanee, Illinois, he was raised in a devout Christian family. His family was so poor when he was younger that he went to school wearing only a pair of pants. Cernovich is the son of Michael John and Diana Lynn Cernovich. His mother was afflicted with schizophrenia. He is of mixed ethnicity and belongs to the American nationality. Cernovich earned his bachelor’s degree from the University of Illinois. He went on to Pepperdine University School of Law after that.

Mike Cernovich began his professional life in 2004. Crime & Federalism is a legal blog he started. His blog was chosen for syndication by American Lawyer Media. In 2014, Cernovich promoted the Gamergate “coordinated harassment campaign.” In the video game industry, the campaign is about sexism and progressivism. Cernovich published the self-help book Gorilla Mindset the following year. He discusses how a woman should submit to dominant alpha males in his book.

Later, as a member of the manosphere, he became influential on social media. During the 2016 United States Presidential Election, he falsely claimed that Democratic candidate Hillary Clinton had a seizure disorder and Parkinson’s disease.

As of September 2015, the hashtag ‘HillarysHealth’ had 240K page views. It was also a national trending topic on Twitter at the time. Cernovich stated that his support for Donald Trump is not based on his policies, but rather on his alpha persona.

Through his blog posts, Cernovich helped to popularize the debunked Pizzagate conspiracy theory. He accused the Democratic Party of attempting to assassinate him in 2016. He chastised Canadian Prime Minister Justin Trudeau for speaking at a gender-segregated mosque the same year.

During the Southerland Springs church shooting in November 2017, Cernovich spread a false rumor that the shooter Devin Patrick Kelley was linked to Antifa.

Cernovich was also found to have paid $10,000 for information on sexual harassment settlements in Congress.

Cernovich resurfaced a deleted tweet MSNBC talk radio host Sam Seder wrote in 2009 in a Medium post on November 28, 2017. He was joking about Roman Polanski, a fugitive film director and convicted child rapist.

“I don’t give a damn about Polanski, but if my daughter is ever raped, I hope it’s by an older, truly talented man with a keen sense of setting.”

Cernovich later approached a number of journalists and news organizations in an attempt to break the story. MSNBC also received some backlash after Cernovich misinterpreted the tweet as a rape joke.

Because of the controversial tweet on December 4, 2017, TheWrap made a public announcement that MSNBC had decided to cut ties with Seder by not renewing his contract.

Soon after that. On December 7, MSNBC reversed its decision to terminate Seder’s employment and rehired him.

Mike Cernovic is currently a regular host on InfoWars’ The Alex Jones Show.

Mike Cernovich has had two marriages. In 2003, he married for the first time. They were Pepperdine law students. He claims that feminist indoctrination is to blame for the breakdown of his marriage.

Cernovich’s ex-wife went on to work as an attorney in Silicon Valley, where she made a fortune from an initial public offering of stock. In 2011, she filed for divorce, and their divorce was finalized the same year.

Cernovich met his second wife, Shauna Cernovich, at a bar in Santa Monica shortly after their divorce. Before getting married in November 2015, the couple dated for almost four years. In early 2017, they welcomed their first child, a daughter named Cyra Cernovich.

The couple and their daughter are currently residing outside of Los Angeles. In addition, he is active on social media platforms such as Twitter, where he currently has 390,000 followers as of January 2018. He was accused of rape in 2003, but he flatly refused.

Mike Cernovich is a successful media personality, conspiracy theorist, and blogger who makes a lot of money. His net worth is estimated to be in the millions.

Cernovich offered $10,000 for information about congressional sexual harassment settlements in November 2017, according to reports. MAGA Mindset: Making You and America Great Again is available for $7.99 on Kindle, $19.99 in hardcover, and $9.99 in paperback.