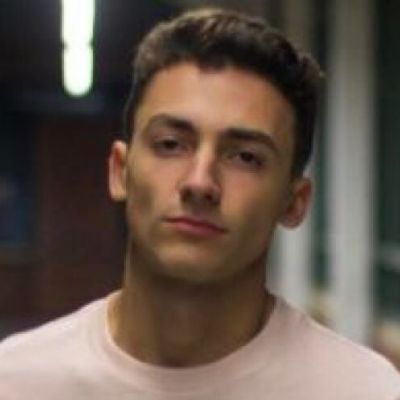 Do you know Who is Mikey Manfs?

Mikey Manfs is a YouTube personality who has built a successful career. Mikey Manfs shares amusing videos, post-challenges, pranks, and Vlogs with his friends and others. He also has a sizable following on his social media accounts.

According to various sources, Mikey’s net worth is around $180,000. His monthly earnings, according to ‘Social Blade,’ range from $326 to $5.2 k. His annual salary is estimated to be between $3.9 and $62.7 thousand dollars. His primary source of income is YouTube, from which he has made money.

23 years of age Mikey Manfs was born in New Jersey, USA, on August 30, 1998. He is an American citizen born under the sign of Virgo. Mikey grew up in his home state of New Jersey.

He was raised with his brother Tyler, and his mother is known in public as Mama Manfs. Other details about her family and childhood remain unknown. Jon Marco Gaydos, a professional scooter rider, is his best friend.

There is no information about his education available. He could, however, be a university student or a high school graduate based on his age.

Mikey has never been married or engaged. Mikey is currently unattached. There is no information about his previous relationships available. He is currently preoccupied with his career.

Mikey was once involved in a controversy in which it was claimed that he was gay. The reason was that he didn’t have a girlfriend. According to comments on Mikey’s social media, he should have a girlfriend. Later, on Twitter, he stated that he cannot trust anyone, including himself.

Mikey is 6 feet tall (183 cm). He has brown hair and brown eyes. Other information about his body measurements is unknown.

Mikey is a well-known social media personality best known for his YouTube channel of the same name. He started his YouTube career on May 8, 2014, but he didn’t start posting regularly until August of 2016. Mikey’s YouTube channel includes videos about scooter riding, completing challenges, Vlogs, and pulling various pranks.
He uploaded his first video to his channel on August 17, 2015, titled ‘Scooter Edit at JUMP STREET Skatepark,’ which has received over 18k views. He posted the second video, titled ‘Alex Pinaha | Time Flies,’ on September 27, 2015, and it has 6k views. He also started posting difficult videos like the ‘3 a.m. challenge,’ ‘Overnight Challenge,’ and ’24 hour challenge.’
In addition, he began posting videos about exploration and hunting. He quickly gained traction and amassed millions of subscribers to his YouTube channel. On October 10, 2016, Mikey launched his second YouTube channel. On this YouTube channel, he posted random car videos, extra vlogs, funny content, and his secrets. He only has one video, titled ‘Mikey Manfs -Know Who I Am,’ which has received over 10.9 million views.