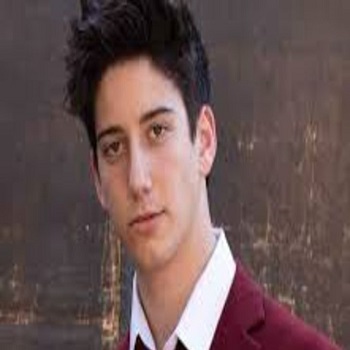 Milo Manheim is a well-known American actor who played Zed in the Disney Channel original Zombies and its sequel, Zombies 2.

He was born in Los Angeles, California, on March 6, 2001. Camryn Manheim and Jeffrey Brezovar are his parents. Camryn is an actress, and Jeffrey is a former model, therefore both of his parents work in the entertainment world.

Manheim was raised as a Jew in Venice. In a Jewish community school, he had his bar mitzvah. He has loved playing the guitar, drums, piano, and ukulele since he was a child. In addition, the youngster is athletic, enjoying volleyball, soccer, and skiing.

Is Milo Manheim currently dating anyone?

Milo Manheim, a 19-year-old actor from Venice, California, doesn’t appear to have considered dating anyone yet. He prefers to keep his personal life private, thus he hasn’t revealed much about his romantic life. Though there hasn’t been much news about his dating life, it appears that he enjoys spending time with his co-star Meg Donnelly. Milo said on July 26 that he loves her to the moon and back in one of his posts. But this doesn’t imply that they’re dating, does it?

Milo Manheim’s net worth is unknown

Milo Manheim, who is 19 years old, is expected to have a net worth of roughly $500 thousand as of 2020 as a result of his acting career. He already has seven acting credits under his belt, so the good fortune isn’t surprising to him. He might earn an average of $62 thousand each year as an actor. Milo has worked in the entertainment industry since he was six years old when he was a part of a Culver City after-school program. He began acting in musicals two years later and has since appeared in over 20 different productions.

Manheim has been a part of the entertainment industry since 2009, when he starred in Ghost Whisperer as Riley. In 2018, he played Zed in Z-O-M-B-I-E-S, followed by a sequel in 2020. From 2018 to 2019, he played Pierce on the series American Housewife. He earned the Best Leading Actor Award at the 2017 New York Musical Festival for his performance in General Me. His mother, in addition to his own income, is extremely wealthy. In fact, as of 2020, his mother’s net worth is a stunning $12 million.