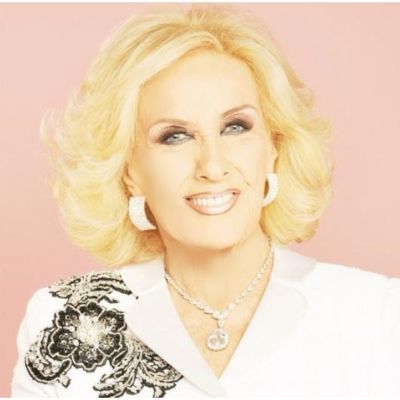 Do you know Who is Mirtha Jung?

Mirtha Calderon was born on December 3, 1952, in Cuba, and is best known as the ex-wife of famous heroin smuggler George Jung. She became well-known after the release of the film “Blow,” which depicted her life with her husband during their involvement with the Medellin drug cartel.

Mirtha married George after dating for a year in 1977, according to her personal life. He is ten years her senior; she was 24 when they first met. Their daughter was born a year later, but narcotics were the largest hindrance to their marital success. Following their divorce, he married Ronda Clay Spinello, however,, it is unknown if Mirtha later married someone else. Mirtha raised their daughter on her own and did so successfully, as her daughter now has her own family.

At the height of his drug-smuggling career, George was known as El Americano and Boston George. During the 1970s and early 1980s, he rose to prominence in the US cocaine trade. He was a member of the Medellin Cartel, which was responsible for the majority of cocaine entering the United States at the time. He specialized in large-scale cocaine smuggling from Colombia, becoming the only link between the two countries.

However, he was arrested in his home on Nauset Beach in 1987, but he jumped bail and was quickly embroiled in another deal, which led to him spending nearly two decades in prison. After his release, he had a few legitimate jobs before returning to the drug trade and spending time in prison from 2014 to 2016. The following year, he returned home.

Mirtha Jung’s net worth? According to sources, she has a net worth of more than $150,000 as of mid-2022, achieved from success in her different pursuits.

The majority of her fortune from her criminal career was lost due to charges and addictions, while she eventually earned significant revenue from her involvement in the development of “Blow.”

There is little information about Mirtha’s past before her relationship with George; she hasn’t provided specifics about her family, childhood, or schooling. It is only known that she became embroiled in Columbia’s deeply established drug problem throughout her childhood, being trapped in the cocaine trade. She was in Colombia when she became George Jung’s liaison in the country.

While their love for each other was genuine, it was also tainted with drug problems, and the drugs, like many addiction-ridden relationships, would eventually wreck them both. Despite her doctor’s advice, she continued to use medicines during her pregnancy. She was imprisoned for three years for drug possession sometime after their daughter’s birth, and during her incarceration,, she worked hard to get narcotics out of her life for her daughter’s sake. She was freed from prison in 1981 and reportedly stopped using drugs.

Her marriage to Jung enabled her and her child to easily relocate to the United States.

One of the reasons for the scarcity of information on her current pursuits is her absence from major social media platforms such as Twitter, Instagram, and Facebook. There are accounts with the same name but have nothing to do with her.