The issue arose when the actor began to miss out on opportunities due to his mother’s inept management. 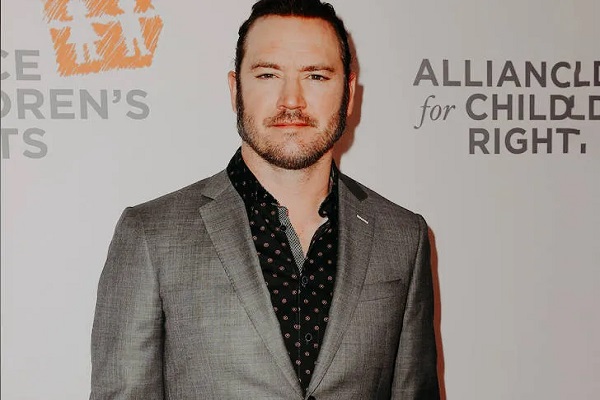 Mark-Paul Gosselaar, best known for his role as Zack Morris on Saved By The Bell, fired his mother, Paula Gosselaar, as his manager when he was just 19 years old.

In an interview with Scott Feinberg of The Hollywood Reporter, the Dutch-American actor discussed why he let go of his mother as his manager.

Growing up, it was common for children to have their parents as bosses, according to Gosselaar. That’s what happened to him as well, according to the actor.

The issue arose when the Saved By The Bell actor realized he was missing out on opportunities due to his mother’s inept management.
He said that although his other actors were receiving strategic opportunities and professional assistance from their managers in the form of meetings and auditions, he was not.

The then-19-year-old actor had had enough and dismissed his mother at a certain point. He fired his mother because the contrast between her being a parent and a professional made his job easier and more manageable for him.

“There’s a fine line between being a manager and being a parent. You’re driving your kids to set and taking them to auditions, and I don’t know if that categorizes [someone] as being a manager. “

In general, the actor spoke lovingly about his parents and youth. However, as he began to monitor and regulate his career-related actions, he and his parents had some severe disagreements.

Following his 1996 marriage to former model Lisa Ann Russell, the actor severed ties with her due to financial and professional disagreements. Russell, on the other hand, had a different viewpoint and opted not to pass judgment on his parents because, in her opinion, they raised him to be a beautiful man.

In response to her son’s behavior, his mother Paula expressed her anguish to People in 1998.

“Mark-Paul kicked me out of his life. I really don’t know why. Maybe through the years we will come together.”

Have Mark-Paul Gosselaar and His Mother Reconciled?

The Gosselaar family dispute has lasted more than two decades. However, the actor’s mother’s Facebook posts revealed that his connection with his parents had changed.

The actor talked highly of his mother in a video posted on the YouTube channel The Tonight Show Starring Jimmy Fallon on September 30, 2015, and stated they’d moved on from their old feuds.

‘Saved by the Bell’ reminiscences

The actor reminisced on his time on Saved by the Bell and his future plans in a July 2021 episode of the Zack to the Future podcast “On-screen chemistry with fellow cast member Leah Remini is undeniable.

Despite the fact that fans were on Team Zack and Kelly and there was a bond with Tiffani, Gosselaar stated that he had the best chemistry with Remini.

“In my perspective, there isn’t a single person that Zack comes into contact with who has the chemistry that you and I had,” Gosselaar stated as they parted ways.