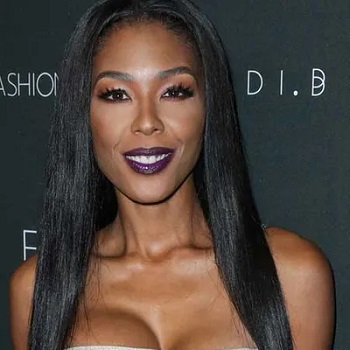 Moniece Slaughter is an American TV personality, host, and model best known for her role on the reality show Love & Hip Hop: Hollywood. She is also a well-known social media celebrity with millions of Instagram followers.

Moniece Slaughter was born on March 4, 1987, in Los Angeles, California, under the zodiac sign of Pisces. She goes by the nicknames Moniece and Kali. Marla Thomas is her mother’s name, while her father’s name is unknown. Dave Thomas is her stepfather.

Moniece Slaughter made her television debut in the first season of the show Love & Hip Hop: Hollywood. She was cast as a lead character in the second season. She did, however, leave the show in the third season.
Later on, she began working as a songwriter and singer alongside Akon and Marques Houston. She performed the theme song for America’s Next Top Model, a prominent American television show. She has also made an appearance on Jasper Cole’s show, On The Set.

Moniece Slaughter’s Salary and Net Worth

Moniece Slaughter, a reality star, has a net worth of $1.7 million, which she has accumulated from her acting and modeling careers. She may have received roughly $20 thousand every episode for her appearance on Love and Hip-Hop, just like the other cast members.

Her endorsement partnerships on Instagram, where she has over 1.4 million followers, also bring in a lot of money for her. According to her sources, she earns between $2800 and $4700 per ad post.

Moniece Slaughter, a 32-year-old television star, just come out as bisexual. She is currently living on her own. She did, however, previously have a connection with A.D. Diggs. She had previously dated a number of people. Her first romance was with Eric Darnell, commonly known as Lil Eazy-E, her high school love (son of rapper Eric Lynn Wright). From 2005 until 2007, they dated for about two years.
She began dating American rapper William Ray Norwood a.k.a. Ray J in 2007 after her breakup with Darnell, however the relationship ended after a year. She was also alleged to be dating rapper Leon’Roccstar’ Youngblood Jr. in the same year.

She also began dating American rapper Dreux Pierre Frederic, a.k.a. Lil Fizz, with whom she had a son, Kameron David Frederic, who was born on January 8, 2010. In 2012, the couple called it quits.

Michael Joseph Taylor was her boyfriend from 2012 until 2013. She had encounters with Joe Smith, Rich Dollaz, Money S.L, and Durrel Babbs in addition to all of this.

As of 2019, Moniece Slaughter is 32 years old.
Moniece Slaughter stands at a height of 5 feet 7 inches (1.70 meters).
Her physical weight is roughly 55 kilograms.
Moniece’s body is fashioned like a curved arrow, with measurements of 34-24-36 inches.
Her nationality is American, and her ethnicity is Afro-American.