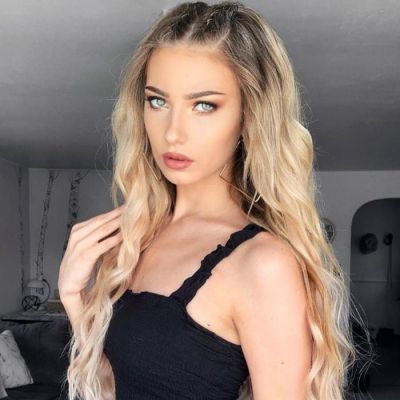 Do you know Who is Natalia Taylor?

Natalia Taylor was born on June 26, 1996, in Cincinnati, Ohio, USA, and is of American nationality. She is well-known for her YouTube account, where she uploads videos of herself narrating stories.

Natalia grew up yearning to be a model, and her grandma was her biggest fan, taking her to her first modeling competition when she was only 12 years old. She was also highly interested in studying and was one of the finest students in her high school; she was also very popular there because of her good appearance and the fact that she was already a relatively well-known model.

She can rarely be heard talking about her parents since she has had some troubles with her father in the past – she doesn’t seem to have any siblings as she hasn’t spoken about any brothers or sisters.

She enrolled at the University of Cincinnati after graduating from high school to study nuclear medicine, but it appears that she has not yet graduated – she is also a member of the Gamma Phi Beta sorority.

Natalia is the type of person who tries to keep her concerns private, although she has shared some secrets about her love life with the public. she has made it known that she is bisexual.

She’s known this since she was a teen, when she was drawn to some of the females from her high school but wasn’t sure, so she opted to wait for a while to be sure. In 2016, she dated Anna Campbell, with whom she collaborated on the “Trash” YouTube channel. They were together for more than a year before splitting up for reasons Natalia has not revealed to the public.

Natalia hasn’t talked about any of her prior relationships, however, some of her followers have alleged to have seen the popular YouTuber hand-in-hand with a female Instagram celebrity in the streets.

Even though these same admirers have been asking Natalia about her present relationship status daily on the internet, Natalia appears to be uninterested in answering their concerns and is keeping such matters to herself. Natalia appears to be unmarried, hasn’t married, and has no children, based on her social media accounts and her seclusion.

Natalia Taylor net worth and earnings

Her current net worth is estimated to be more than $400,000, and it is gradually increasing as a result of her modeling career and YouTube channel.

Natalia’s modeling career began when she was 12 years old and entered her first modeling contest; she did not win, but she was runner-up, which inspired her to continue working on her modeling career.

She gradually gained recognition in the modeling world and has posed for several well-known brands and companies; nevertheless, she appears to be more focused on her YouTube career. Her most notable modeling accomplishment is becoming a semi-finalist in the Miss COED 2016 competition.

Natalia’s online career began on December 6, 2015, when she launched her YouTube channel, which now has over 1.3 million subscribers and over 51 million views of all her videos combined.

Natalia began uploading films in which she relates stories about her life on January 15, 2016; the first video featured her narrating her experience in college with an Ouija board. Her fans loved the video, and she quickly gained subscribers, which encouraged her to create new videos and grow her online fanbase.

Natalia also uploads videos to the “Trash” YouTube channel, which is a partnership channel between a few popular YouTubers; her debut video was released on October 16, 2016, and she is slated to upload videos there every Sunday. She also got acquainted with another YouTuber who is part of the same channel named Anna Campbell — the two have often highlighted one another in videos.

Natalia Taylor Other interests and hobbies

Natalia spends her leisure time performing a variety of activities and is constantly on the move because she does not appreciate sitting and doing nothing.

Natalia enjoys being in front of the camera and posing for magazines, but she does it for pleasure and does not consider it her main profession. Instead, she enjoys storytelling and engaging with her fans, or at least some of them, through her YouTube business. She is an artist in that she enjoys painting and is said to be a wonderful painter, yet her fans have yet to see any of her paintings.

He enjoys traveling and being in nature as well, and frequently goes camping in the woods with her friends – they do more ‘luxury’ camping because they don’t simply drop their tents on the ground, but rather pack everything they need, including beds, blankets, barbeques, and so on. Natalia adores animals and would love to get a pet dog, but she is currently overburdened and knows she would be unable to care for her pet.

Natalia is now 23 years old. Her hair is long and blonde, and her eyes are blue, but her height and weight are unknown.

Natalia is active on all of the big social media platforms, as this is critical to her online personality business.

She started using Twitter in August 2015 and has approximately 3,800 followers. Her Instagram account is currently followed by approximately 200,000 people, and she has added over 530 photos to it – her caption says “John 13:7” “You do not comprehend what I am doing now,” Jesus said, “but you will understand eventually.” Natalia also has a Facebook account, which she appears to use only to communicate with her friends and family.