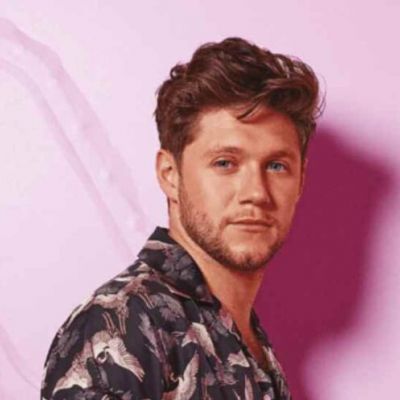 Do you know Who is Niall Horan?

Niall Horan is an Irish singer and guitarist best known for being a member of the popular boy band ‘One Direction.’ Niall Horan has always been interested in music and has played the guitar since he was a child. After auditioning for the seventh season of the British singing competition “The X Factor,” he rose to prominence.

Niall Horan was born on September 13, 1993, in Mullingar, Ireland, and is now 26 years old. His given name is Niall James Horan. He is of Irish descent and was born under the sign of Virgo.

His father’s name is Bobby Horan, and his mother’s name is Maura Gallagher. He also has an older brother named Greg Horan and a nephew named Theo.

Niall’s parents divorced when he was five years old. Soon after, his mother remarried. Niall and Greg lived in both of their parents’ homes before moving in with their father.

He enrolled at St. Kenny National School, where he sang in the choir and performed in school plays. Niall also attended Coláiste Mhuire for secondary school. When he was a teenager, he used to perform at Mullingar Arts Centre and The Academy in Dublin. Aside from music, he enjoys sports, particularly cricket, football, and tennis.

In an interview, Niall Horan stated that his music was influenced by several artists, including Michael Bublé, Frank Sinatra, and Bon Jovi. He insisted that he could relate to Michael Bublé’s journey because they both had a similar life story.

Niall teamed up with renowned golfer Justin Rose for a charitable cause in 2016. They came together for the ‘Horan and Rose Gala’ to help children and teenagers suffering from cancer all over the United Kingdom.

In 2016, Niall Horan took part in a charity soccer match organized by ‘UNICEF.’ He was a member of a cast that included Michael Sheen, Nicky Byrne, and chef Gordon Ramsay. José Mourinho also helped Niall Horan after he was seriously injured during a soccer game in 2010. Niall was summoned by the latter to join the team’s players for physiotherapy sessions.

Furthermore, following his breakup with Hailee, Niall Horan does not appear to have found another serious relationship. He has been the subject of numerous dating rumors as a well-known celebrity. There was also talk of him and Goulding reconciling.

Many fans speculated in October that Horan was dating Selena Gomez. Nonetheless, neither of these relationships developed into anything serious.

In fact, Horan confirmed in an interview earlier this month that he is “very much single” and does not have a girlfriend. Niall Horan is currently single. The 26-year-old also appears to be solely focused on promoting his new single “Put a Little Love on Me” and his upcoming album, which is set to be released in 2020.

Niall Horan rose to prominence as a member of One Direction in the early 2010s. Shortly after releasing their debut single, the five-piece boy band became an international sensation.
Horan tried out for ‘The X Factor’ reality show in 2010. Before performing in front of the show’s judges, including Simon Cowell and special guest judge Katy Perry, Niall went through several rounds of preliminary auditions in Dublin.
The band started out by covering popular songs like Kelly Clarkson’s “My Life Would Suck Without You” and Bonnie Tyler’s “Total Eclipse Of The Heart.” The band performed at a number of venues together before landing a two-million-pound contract with the record label ‘Syco’ with the help of ‘The X Factor’ judge Simon Cowell.
Soon after, the band embarked on a tour of the United Kingdom, playing in a variety of crowded venues. However, it is estimated that 500,000 people attended one of ‘One Direction’s’ concerts.
The band’s debut album, ‘Up All Night,’ was released in 2011 and became a worldwide success. Horan and his bandmates had a lot of success, with three of their albums charting at the top of the Billboard 200: Take Me Home (2012), Midnight Memories (2013), and Four (2014).
One Direction survived Malik’s departure in March 2015, but the band’s relentless schedule had taken its toll on all members by then. Horan, Payne, Styles, and Tomlinson split up shortly after the November 2015 release of Made in the A.M.
Niall signed an independent deal with the label ‘Capitol Records’ in 2016. His debut single, ‘This Town,’ was released in September 2016 and quickly rose to the top of the charts. It peaked at number nine on the UK Singles Chart and number twenty on the Billboard Hot 100.
He followed up with two more singles, “Slow Hands” and “Too Much to Ask,” before releasing the number-one album Flicker in October 2017. Furthermore, the following guidelines