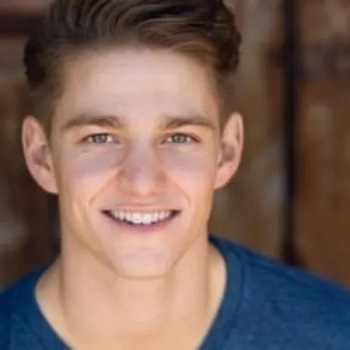 Nico Greetham’s net worth is estimated to be approximately $500,000.

Nico Greetham is an American actor and dancer best known for portraying Calvin Maxwell in the Nickelodeon series Power Rangers Ninja Steel. The 26-year-old actor rose to prominence after reaching the finals of the reality show So You Think You Can Dance’s 10th season.

Nicholas James Greetham was born on March 5, 1995, in Woodbridge, Virginia, to Isabelle Greetham and Chris Greetham. Gabriella Greetham and Natalie Greetham are their two sisters. They’re both dancers as well. He attended and graduated from Osbourn Park High School. He started dancing at the age of eight and studied at the Strictly Rhythm Dance Company in Franconia, Virginia. Greetham is of mixed heritage and is an American citizen. He is 26 years old and stands at a height of 5 feet 10 inches, or 178 centimeters.

Nico Greetham had a minor (uncredited) appearance in the horror thriller From Within in 2008. In 2013, he competed in the tenth season of the reality show So You Think You Can Dance and reached the finals. In 2014, he appeared in the daytime drama General Hospital. He appears in an episode of the musical comedy-drama series Glee a year later. The Thundermans, First Lady, Birds of Prey, and Dinner in America are among his other TV shows and films. He played Calvin Maxwell in the Nickelodeon show Power Ranger Ninja Steel from 2017 to 2018.

Nico appeared in television shows such as NCIS and Into the Dark in 2019. In 2020, he was cast as Oscar in the feature film Dramarama. In the same year, he starred alongside Meryl Streep, James Corden, Nicole Kidman, and Tracey Ullman in the musical comedy film The Prom.

As of April 2021, Nico Greetham’s net worth is estimated to be approximately $500,000. His whole fortune came from his great acting career. He competed in the 10th season of the reality show So You Think You Can Dance, which has a grand prize pool of $250,000.

Nico Greetham, an American actor, once dated Zoe Robins, a New Zealand actress. They met on the set of Power Rangers Ninja Steel. According to the story, they split up in 2020. Following Zoe, Nico is dating actress, dancer, and model Logan Riley Ha s sel, according to Wikipedia. The two fell in love while filming Netflix’s musical drama film The Prom.